Posted by Joy Odinye | 6 days ago 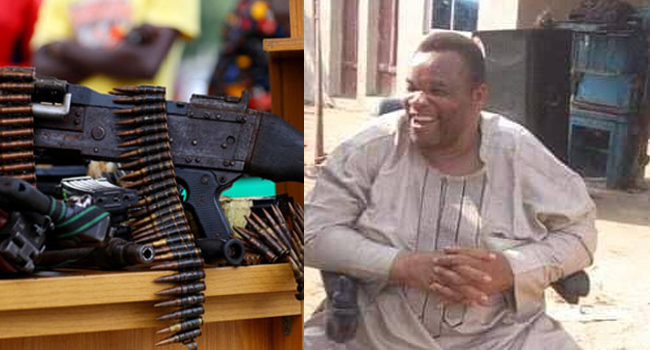 Channels Television -N15m had been paid to the abductors before the lawmaker was beheaded.


Gunmen have beheaded a former Anambra State lawmaker, Mr. Nelson Achukwu. The headless body of the man, who was physically challenged, was found and identified by his relatives, days after he was kidnapped.

According to the Police Public Relations Officer, Mr. Tochukwu Ikenga, the headless remains of the late Achukwu was found at the boundary between Uke and Ukpor axis of the state.

He disclosed that the victim was abducted at about 10:15 pm in his house on June 9 and efforts were being made to rescue him before the unfortunate development wherein his body was found without the head.

Mr. Ikenga said an investigation was still ongoing while assuring that the command would do everything within its powers to arrest the perpetrators of the crime.

Findings showed that the headless body was quickly buried by the family members on Tuesday as the corpse had started to decompose.

Achukwu, a former member of the Anambra State House of Assembly and a businessman, had earlier been abducted by gunmen a few months ago and later released after the payment of N15 million ransom. He was kidnapped again on June 9th and the reason for his second kidnap and murder is still unknown.

His death is coming after similar gruesome murders in Anambra State after the lawmaker representing Aguata II State Constituency in the State House of Assembly, Mr. Okechukwu Okoye, was kidnapped and beheaded by his abductors last month.