Posted by Ekaete Bassey | 2 weeks ago 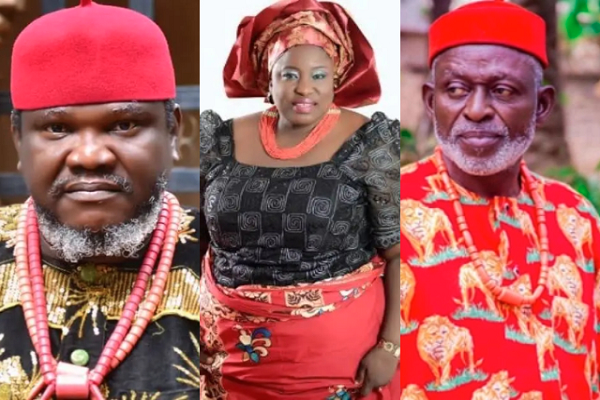 
Movie producer, Ugezu J Ugezu has berated his celebrities over their refusal to post the release of the two movie stars, Cynthia Okereke and Clemson Cornell who were abducted last Friday on their way back from a movie location in Enugu.

The duo’s release was confirmed by spokesman of Actors Guild of Nigeria (AGN) Monalisa Chinda on Wednesday night.

Chiding individuals who have refused to post about his freed colleagues, Ugezu described them as ‘modern’ adding, they are only there to celebrate the downfall but never the uplifting of others.

He argued these sets of individual only see the need in posting bad news but never good news.

“So many of the people who were posting the kidnap, have refused or failed to post the release. It will tell you something about the heart of modern individuals.