Posted by Lovina Anthony | 7 days ago 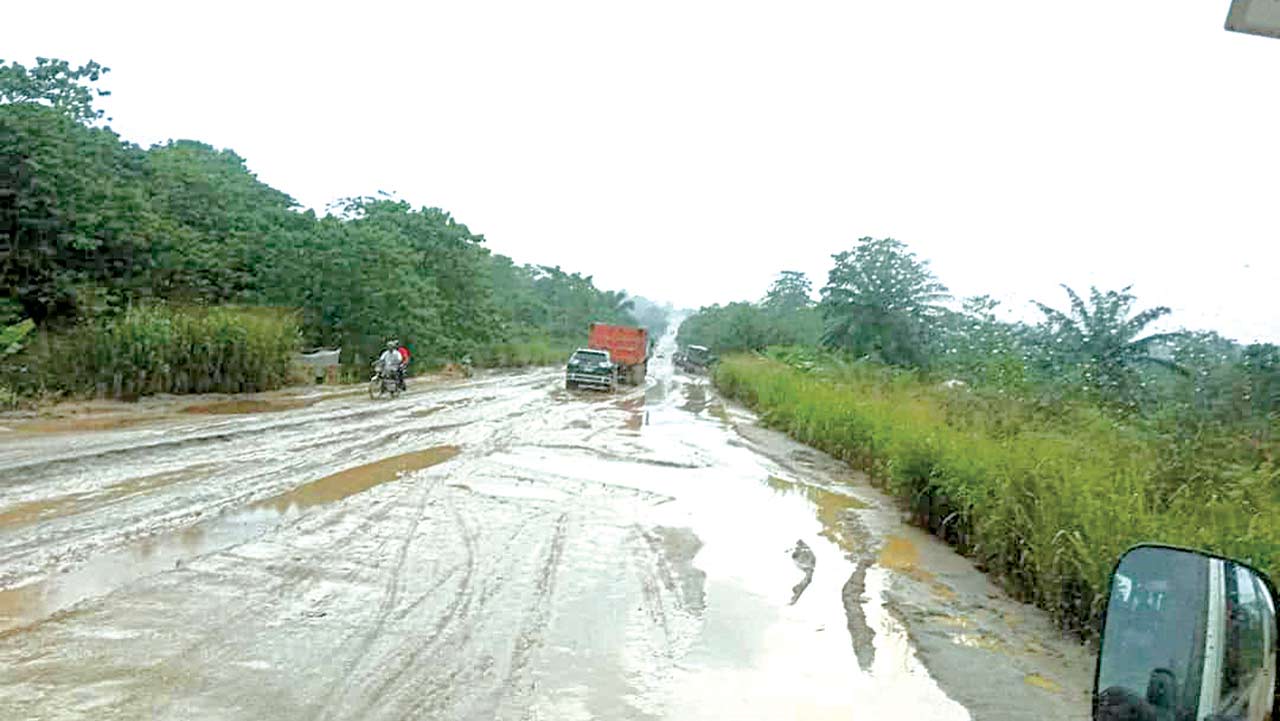 
Eight months to the exit of President Muhammadu Buhari-led administration, there are concerns that the Calabar-Itu road may not be completed despite the government’s persistent assurance of commissioning the project before 2023.

Calabar Itu road is a Federal Government project awarded by the federal executive council on May 3, 2017, for the dualization of Odukpani Calabar Itu highway with a spur at Ididep.

The project had suffered undue delay and setback due to lack of funds as the immediate past Special Assistant to President Buhari on Niger Delta Affairs, Senator Ita Enang said on different occasions.

He had assured that with adequate funding, the project would be completed with dualized carriage by April 2023.

However, like Calabar/Itu road, other federal roads that span across the Niger Delta have suffered the same fate. Some of them, such as Umuahia/Ikot Ekpene have become almost impassable with attendant social and economic disaster on the people.

In the first second quarter of the fiscal year 2018, over 18,320 persons and 4,059 vehicles were involved in road accidents, making Nigeria’s roads one of the most dangerous in the world.

The Calabar/Itu road project has found its way into the budget in every fiscal year, yet much has not been done, thereby making the completion of the project before 2023 a tall dream.

So far, the sum of N185 billion has been appropriated for the completion of the project to three different construction companies in the State.

It was gathered that N54bn was given to Julius Berger, N52bn to CCECC and the last N79bn to SEMATECH engineering services.

Giving an insight about the project, Buhari’s former SSA said, “We have been having problems getting funding for the road, but Mr President has asked me to assure you that we raised money from the tax credit window from the Federal Inland Revenue Service to the NNPC to fund critical infrastructure, mainly road infrastructure.

“Out of the over N600 billion raised from NNPC as tax credit, a great part that is N185bn has been dedicated to this road. The road was awarded in three tranches. The first money that was available was N54bn and was for Julius Berger, N52bn to CCECC and the last N79bn to SEMATECH engineering.

“This road was designed for dualization in 1972 and only one lane of the four lanes was constructed believing that others would be constructed since then. Thank God, President Mohammadu Buhari has started constructing other lanes with four bridges and he has promised to complete it within the time frame.”

However, motorists, as well as passengers have suffered so much in accessing the road for their activities, especially during the rainy season, as a journey meant to last for two hours does not last for six hours and in some cases, may take a full day.

Traders, especially market women, who ply the road to hinterlands of Cross River State to buy their wares have their ugly tales to tell, saying that the deplorable State of the road had increased the cost of goods and transportation.

However, hope is beaming on the side of road users as the Federal Government has mobilized contractors back to site and work has started in earnest. But, it seems the hope may be short lived as the FG failed to include a compensation package to Sematech, contractors handling some portions of the road. The communities affected have, however, threatened to stall the project if their roads and means of livelihood forcefully taken from them were not duly compensated for.

It could be recalled that the Minister of Works, Babatunde Fashola, in a letter recently sent to the governor of Akwa Ibom, stressed that the Federal Government will not pay compensation to affected communities in the State on some sections of the road.

Fashola stated that it was resolved at the Federal Executive Council meeting that the FG would only execute projects in locations where the State government had provided the required land at no cost to the Federal Government.

The letter read in parts, “It is pertinent to inform Your Excellency that the timely resolution of the pending compensation claims on the dualization of Oku-Iboku-Power Plant section of the Odukpani junction-Itu-Ikot Ekpene road in Akwa Ibom State will facilitate early completion and delivery of the project with the associated diverse socio-economic multiplier effects and benefits, which would certainly place your state in good stead to attract more Federal Government projects.”

But, the FEC resolution did not settle well with both Akwa Ibom and Cross River States as the Special Assistant to Governor Udom Emmanuel on Research and Documentation, Mr Essien Ndueso and the Clan Head of Okpokom bridge to Itu Bridge, Etubom Nya Asuquo kicked against it.

The Clan head, who was a former lawmaker in the Federal House of Representatives, wondered why the FG would pay compensation in the portion of the road awarded to Julius Berger, where work is moving smoothly and refused to pay in the portion awarded to other contractors.

Citing a similar case of compensation payment on the Zunguru hydroelectric power project in the northern part of the country, Asuquo queried the lack of expression of interest for the payment as their peaceful nature should not be misconstrued to be a weakness.

The clan head, who said that non-payment of compensation was delaying the progress of work on the road, threatened a court action against the FG.

“The people of Mbiabo Ikot Offiong and others where the project traverses have been rendered homeless and their means of livelihoods destroyed without provision of an alternative since the contractor, Sematech construction, had moved to the site and started clearing without payment.

“We demand compensation that is due to be paid to the affected communities, particularly the Mbiabo Ikot Offiong axis from Okpokom River to Itu Bridge. This is where records are available on the level of means of livelihoods that have been destroyed and the people roaming around aimlessly,” Asuquo said.

On his part, Gov Emmanuel’s Aide, argued that the contract was expected to be funded with petroleum profit tax, stressing that Akwa Ibom State was losing revenue from that and queried where the FG expected the State government to pluck money from and pay compensation on its behalf.

He said “the FG currently is in Phase 3 of the Housing Scheme in Kano State and at no point had it been heard that the Governors of Kano, Kaduna, Borno or Katsina States were asked to part with a dime for compensation or counterpart funding of the projects.”

However, with the back and forth approach on the road construction, the chances of its completion before May 2023, is probable.