Posted by Henry Umoru | 4 days ago 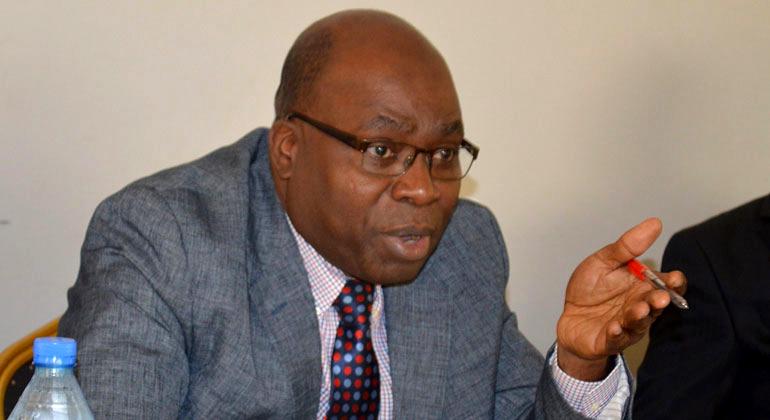 THE  Independent Corrupt Practices and other Related Offences Commission,  ICPC has raised the alarm that money to fix Nigeria is  in the country, but being stolen on daily basis and made possible through  pervasive  systemic or malignant corruption in the country.

According to ICPC, on  electronic transactions  alone,  N24trillion has been transacted between January to June this year , which is always about  N50trillion yearly, adding that Corruption in Nigeria is highly systemic or malignant by being carried out in most of the government owned agencies , particularly the revenue generating ones .

Speaking on Wednesday in Abuja  as Guest Speaker  at the 2 – day Capacity – Building Workshop organized for members of the House of Representatives Committee on Anti – Corruption and Military Officers by the National Institute for Legislative and Democratic Studies ( NILDS) ,  Chairman of ICPC, Professor Bolaji Owasanoye declared declared that from 19 of such agencies, he disclosed , ICPC  intercepted N181million attempted to be  diverted or stolen by corrupt public officers between January and June this year, saying ” we are not in short supply of anti – corruption legislations  but grossly in short supply of integrity.

“If not for lack of integrity from affected public officers , Nigeria has enough anti – corruption agencies or institutions to stem the tide of systemic corruption.

” Aside ICPC and the Economic and Financial Crimes Commission ( EFCC) , public institutions like the Bureau for Public Procurement ( BPP), the Central Bank of Nigeria ( CBN) and 45 others are anti – corruption regulatory bodies.

“Most regulatory bodies also play anticorruption role. Virtually, all professions are regulated…and every unethical practice that is carried out by these professionals is already prohibited by their rules, so we are not in short supply of anti corruption institutions but what we are in short supply of,  is integrity. We have a generous supply of hypocrisy, and we also deceive ourselves.

” But despite the required legislations or laws to fight the cankerworm, lack of integrity and political will from those saddled with  running of the agencies , make corruption to be so pervasive in the country.

” Unfortunately since corruption erodes capacity of state or government , to provide welfare for the people , is also fueling and aggravating insecurity in the land.

” If corruption is fought to standstill by all relevant agencies and public officers , it will be discovered that the money  to fix Nigeria , is in Nigeria and not elsewhere because N24trillion was spent  on monitored electronic transactions alone among Nigerians within Nigerians from January to June this year, which runs to about N50trillion yearly.

“Corruption is an existential issue for us as a country, and so, we need to have conversation around it.”

The ICPC boss who noted that factors like weak legislative oversights by relevant committees of the National Assembly , contracts variations and duplications by MDAs, tax avoidance , evasion and underserved waivers etc are the channels through which corrupt practices are carried out in Nigeria, however blamed his colleagues in the legal profession, who at times would be acting for clients against the Commission, who are serving public servants involved in corrupt practices of using public funds for execution of projects through companies they have interests in.

According to him, it is illegal for such clients to be involved in such businesses at that time, and also ethically wrong for them to award such contracts to companies where they have interests, adding that such ethical breaches ought to be dealt with properly.

In his remarks, Chairman of the House Committee on Corruption, Hon. Shehu Garba said corruption usually denies a nation of the needed development, and making good plans for the future, adding that fighting the menace cannot be effective without collaboration.

The Chief of Defence Staff, General Lucky Irabor , represented by Major – General A. A . Adesope said there is a serious link between corruption, insecurity and instability.

He said that the theme of the Workshop ” Corruption: A threat to Security in Nigeria ” , is  very apt at this time that the country and in particular , the military and other security agencies are taking the fight to those perpetrating various crimes and criminalities across the country.

“Corruption engenders insecurity and instability in the country and must be fought by all and sundry.”

In his own remarks, the Director – General of NILDS, Professor Abubakar Sulaiman said the workshop was organized for members of the House Committee on Anti – Corruption and  military officers as a way of bringing to the front burner , the need for required collaboration in the war against corruption by all relevant stakeholders.