Posted by Gabriel Olawale | 6 days ago 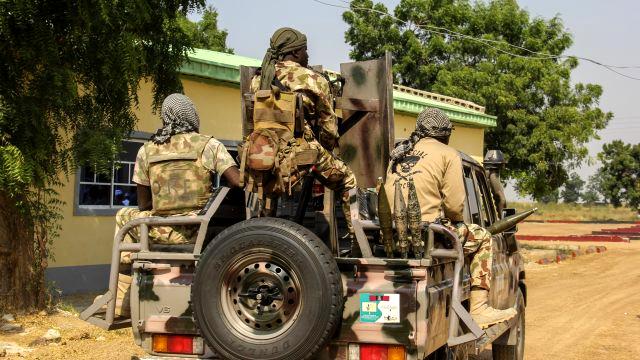 
Group Captain Murtala Salami (retd), has expressed regret over the interference of military in Nigeria politics.

Salami, who was Aids-de-Camp to the Military Governor of North Eastern State, Brigadier Musa Usman, in his autobiography entitled “A Fragile Boy and An Air Force Officer,” said that from the first coup in January 1966 and subsequent coups and counter-coups, the espirit-de-corps which reigned supreme prior to January 15, 1966, was shattered and it progressively got worse with those coups.

In his book which was launched at Eko Hotel in Lagos, Salami detailed what transpired before Gen Yakubu Gowon was overthrown.

He noted, “The discussion about change of governors and reneging on the 1976 handover date was held at a meeting of senior Armed Forces officers comprising of colonels and above from the Nigerian Army and lieutenant colonel equivalent from the Navy and Airforce.

“I was with my boss at Dodan Barracks at the meeting. They had an unusual break around 2p.m., and reconvened after 4p.m. The minutes of the meeting taken by Lt. Col Tunde Idiagbon was forwarded to me by the governor to read through and send a summary of it to him.

“It dawned on me that the unusual break was called to allow the Head of State, Gen. Gowon to cool down as he insisted that as officers and gentlemen, the 1976 date freely given was sacrosanct. His stand was against majority of the officers most of whom participated to topple him in 1975 on the argument that there were no new politicians to take over if the handover was done as scheduled.“