Posted by Dare Idowu | 4 days ago 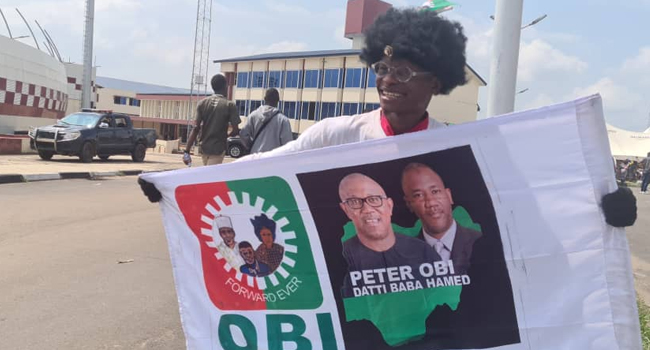 
The presidential candidate of the Labour Party Mr. Peter Obi and his running mate Dr. Yusuf Datti Baba-Ahmed have taken their campaign to Ibadan, the Oyo state capital.

Supporters of the candidates are seen on the main road in the capital city waving banners and clad in the party’s customised shirts, caps, and other paraphernalia.

The security in and around Adamasingba stadium, the venue of the rally is also watertight as supporters of the party form a single queue outside the stadium before being screened into the main event area.

The mood is ecstatic, music plays in the background as supporters await the arrival of the candidate and his running mate.

Some party chieftains and the candidates of the Labour Party from the Southwest are already at the venue.

Below are some of the photos captured from the event: 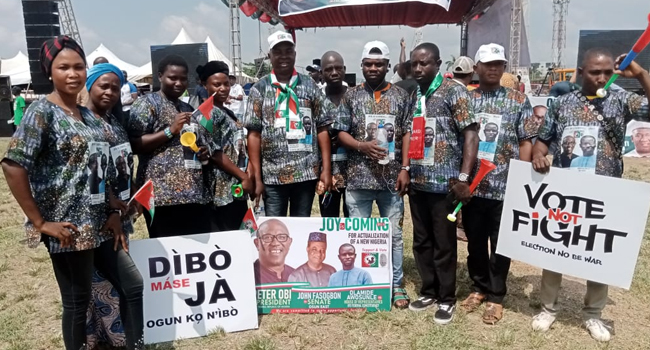 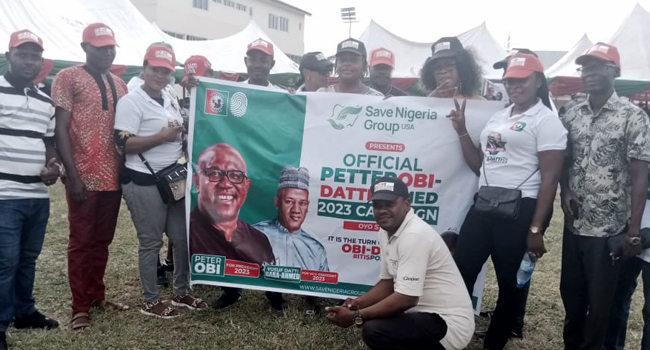 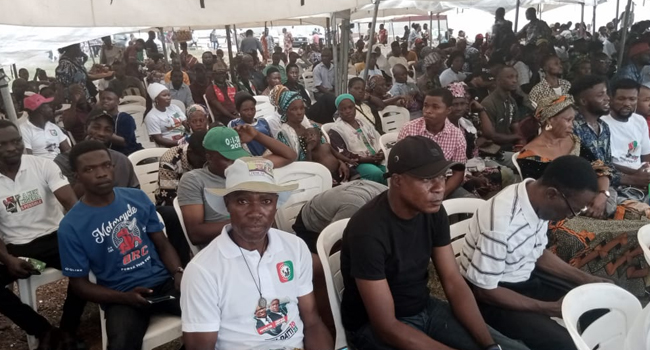 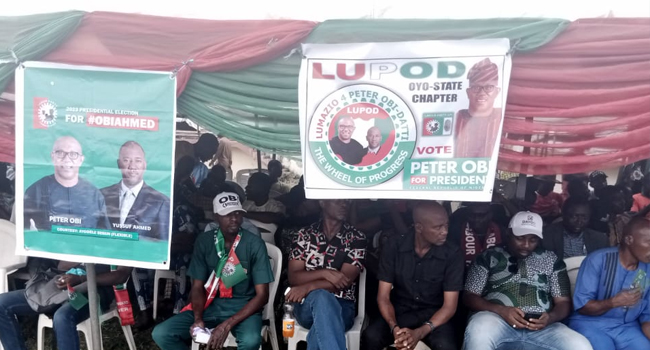 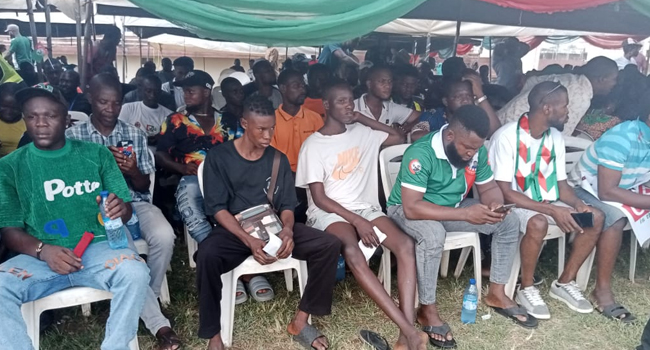 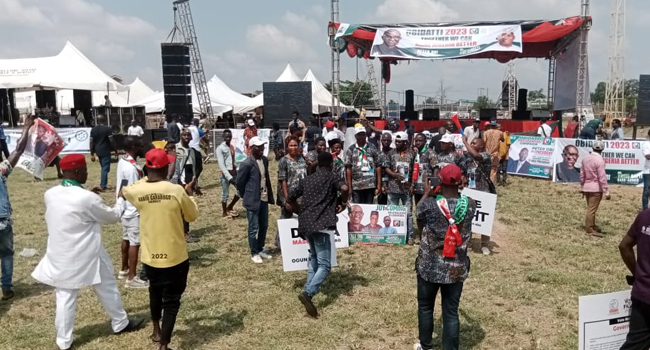 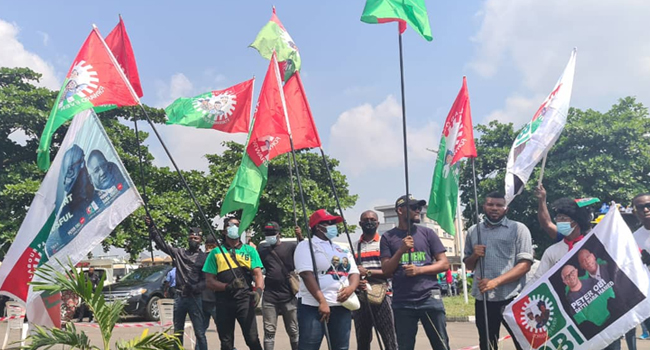 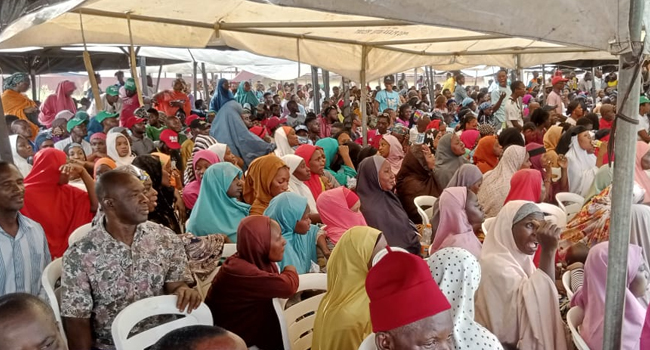 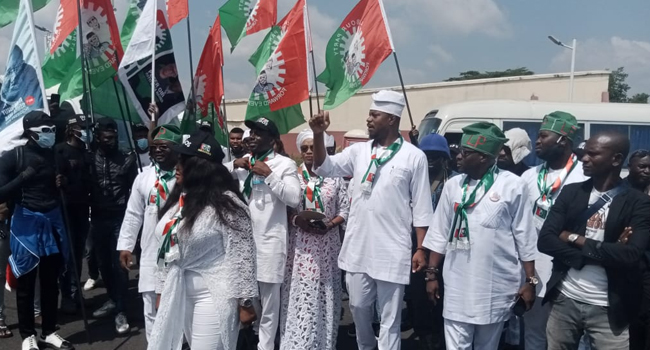