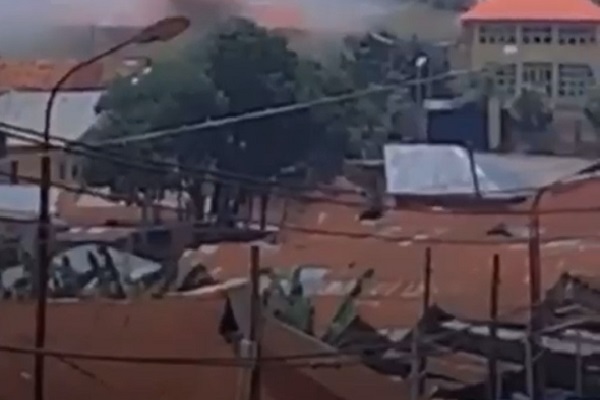 
There was pandemonium in Ikirun community, the headquarters of Ifelodun Local Government Area of Osun State on Wednesday when a prince, Lukman Gboleru, was reportedly shot as security operatives attempted to forcefully open the palace.

The Nation reports several protests have trailed the appointment of Oba Yinusa Akadiri as the new monarch of the community with five persons shot once.

Aggrieved members of other ruling houses mobilised and shut the palace with charms to prevent the new king to access it.

On Wednesday morning, security operatives, including Policemen, stormed the palace to force their way to the premises, a move youths violently resisted.

A resident, who pleaded not to be named, said the police gained entrance into the premises but some suspected hoodlums mobilised behind the palace and set it ablaze.

The Prince, who was reportedly resisting the forceful entry of security men into the palace, was shot dead.

Another source said three firefighters mobilised to extinguish the fire at the palace were injured while on their way. They were forced to abandon their vehicle halfway.

Prince Tajudeen Gboleru told The Nation: “My brother was killed during a fight in front of the palace this morning. He led some youths to the palace when he heard that they want to enter the palace, there was a brawl and one of the policemen shot him dead.”

Osun Fire Service spokesman Ibraheem Adekunle confirmed three of their men ”were injured in Ikirun on their way to put off the fire at the palace of Akirun this morning. I am on my way to the hospital now.”
Source: The Nation