Posted by Ochogwu Sunday | 3 days ago 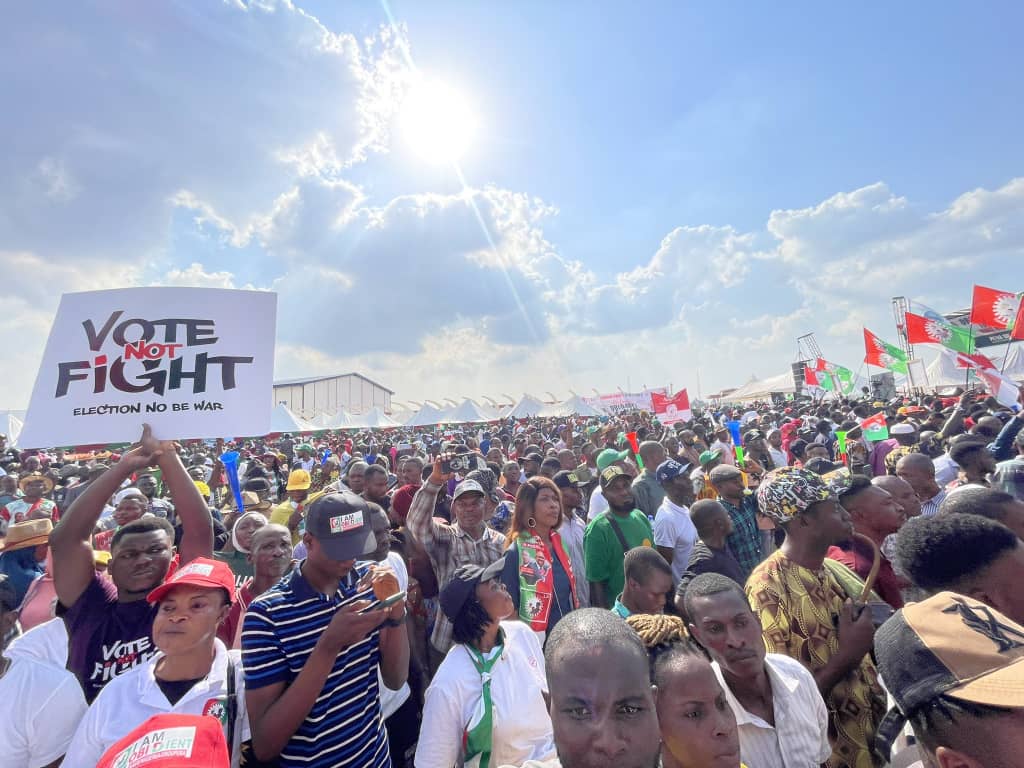 
The Labour Party has expressed delight in the turnout of party supporters at the presidential campaign rally held in Ibadan, the Oyo State capital, on Wednesday.

DAILY POST earlier reported that thousands of supporters of the Labour Party presidential candidate, Peter Obi flooded the campaign rally in Ibadan to drum support for the former Anambra Governor and his running mate, Datti Baba-Ahmed.

Reacting to the mammoth crowd at the event, Labour Party, in a tweet on its official handle, claimed that such crowd had never been seen before.

DAILY POST reports that the Oyo State Governor, Seyi Makinde, is one of the aggrieved governors of the Peoples Democratic Party, PDP who have vowed not to work for the presidential candidate of the party, Atiku Abubakar.

Although the state remains largely PDP, the governor, who believes that the Southern part of the country should produce the next president has yet to declare his support for any of the presidential candidates.