Posted by Sports Unlimited News | a week ago 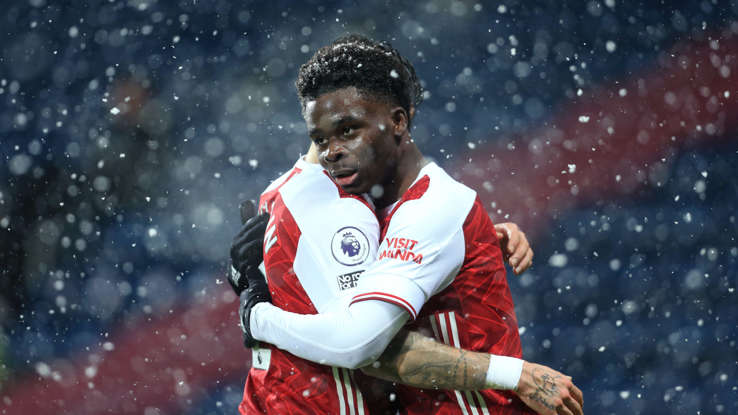 One of the great things about football is, it doesn’t always go as you would imagine. Teams that are expected to win against lower clubs sometimes come unstuck. And sometimes the high flyers just have a bad day. 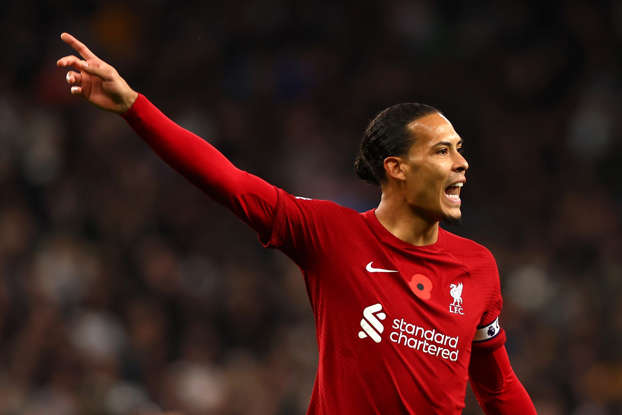 It could be Liverpool matching the record for the biggest ever Premier League win with a 9-0 walloping against Bournemouth or Aston Villa beating the Reds 7-2 in the 20/21 season. Everybody loves an upset - unless it’s your team on the receiving end, of course.
Here are some of the Premier Leagues biggest shocks. 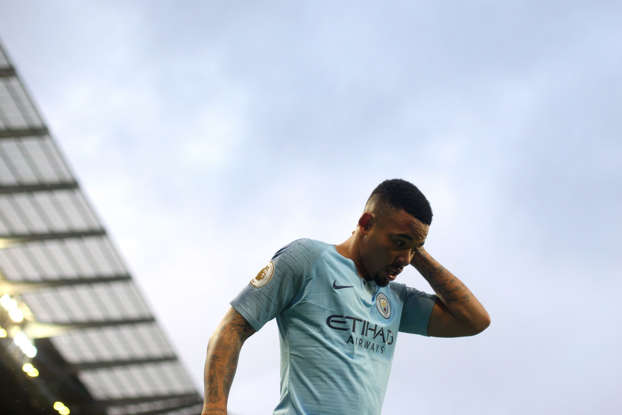 Crystal Palace have developed a reputation for giving the big boys a hard game since their promotion in 2013, routinely upsetting the top teams away from home. The Eagles have won at Old Trafford, Anfield, the Emirates Stadium, White Hart Lane and Stamford Bridge in recent years, but their high point came at the Etihad Stadium. 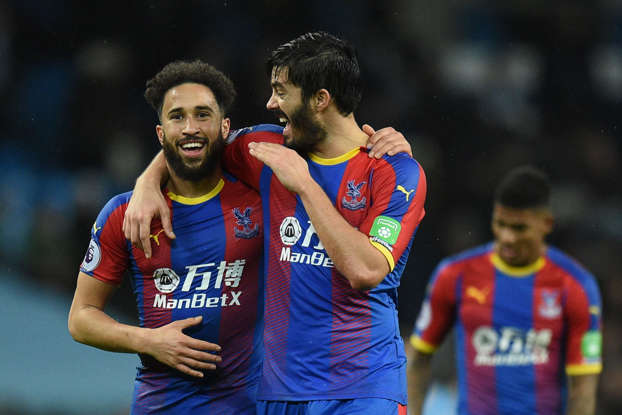 An amazing game as well as an amazing score

Ilkay Gundogan gave City a first-half lead, but Jeff Schlupp equalised within five minutes and Andros Townsend then let rip one of the most magnificent volleyed goals in Premier League history to give Roy Hodgson's side the lead. With a penalty awarded to them as well, not even De Bruyne could save City’s blushes. 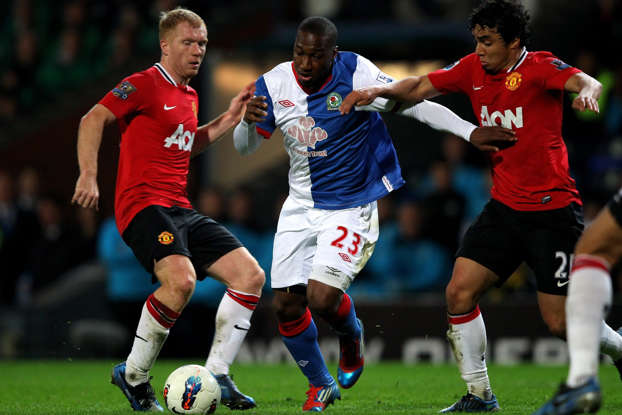 Blackburn enjoyed Premier League status from 1992-2012 and have since remained out of it. Manchester United, on the other hand, are a multi-billion dollar club and, at the time of this game, under the watchful, respected eye of Sir Alex Ferguson who would bring the club to greatness. 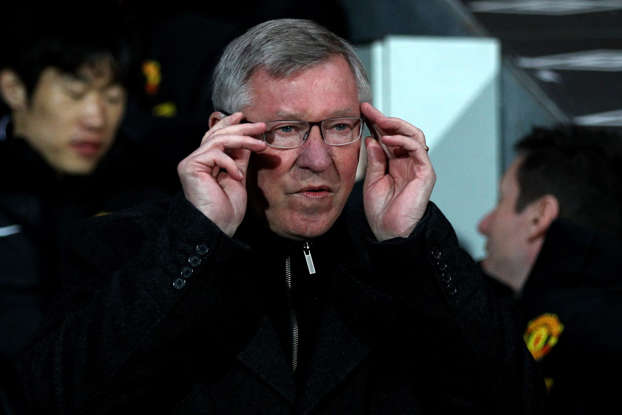 Not so Happy Birthday Sir Alex

With Blackburn hovering around the bottom of the table, it looked like an easy 3 points for Man Utd and Sir Alex on his 70th Birthday, but Grant Healy’s dramatic winner spoiled the party for high flying Utd. It didn't stop Blackburn from being relegated, though. 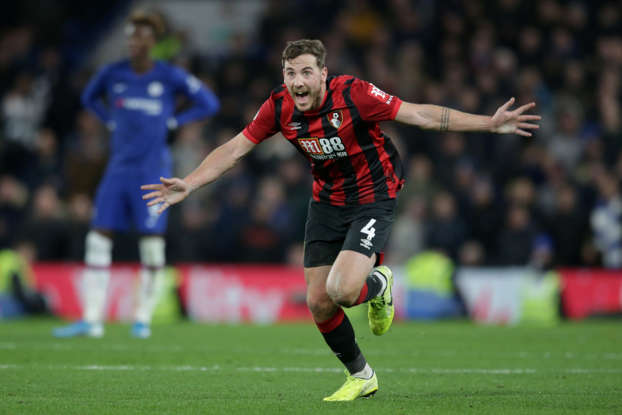 Chelsea made an excellent start to the season under Maurizio Sarri in 2018/19. The Italian's departure at the end of the campaign upset a few Blues fans - his side were the Premier League's early pace-setters and remained within touching distance of eventual champions Manchester City by mid-January. But this loss was too much for some and may have played a part in the Italian’s chao to Stanford Bridge. 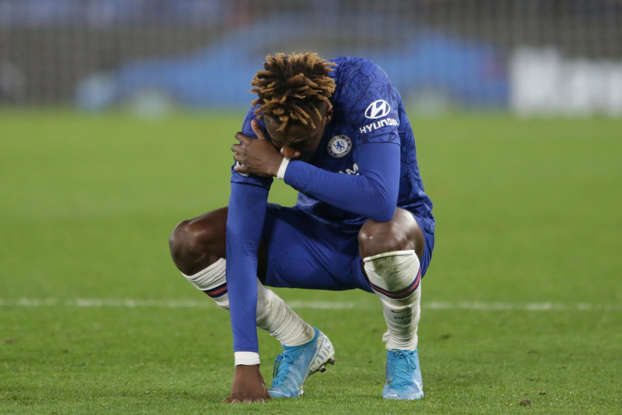 A tragic second half for Chelsea

The game remained goalless until the second half when a barrage of Bournemouth shots hit the back of the net. The last goal rolled in in the 90+5th minute. 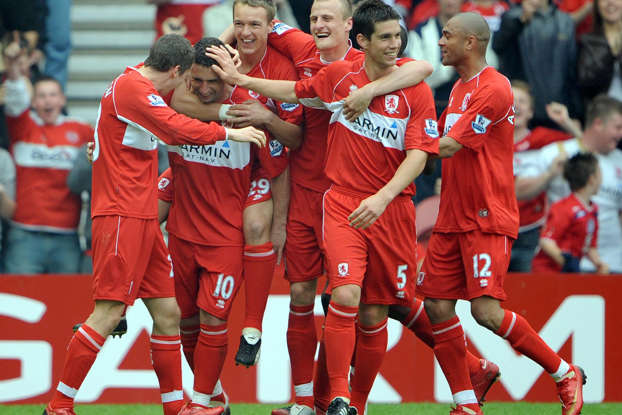 The super rich club had yet to sufficiently upgrade their squad, after the immediate takeover of the club. The Abu Dhabi United Group took the reins in the summer months of 2008 but even then Manchester City were not the force they are now. 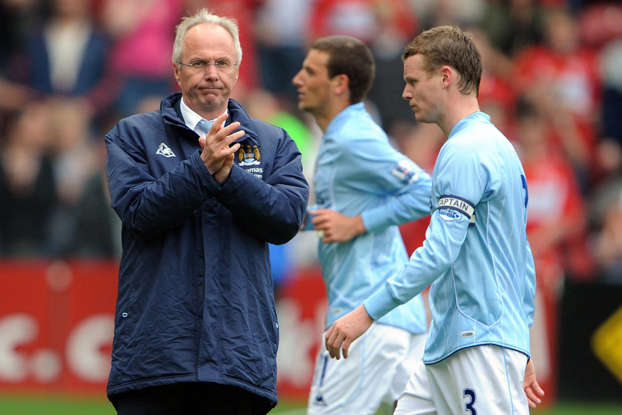 What in fact followed was an 8-1 battering away at Middlesborough. Manchester City manager Sven-Goran Eriksson said, according to BBC Sport, "We were in the game until it was 3-0. After that, mentally we had nothing left. We were not even on the pitch – the team had totally gone and it was embarrassing for everyone." 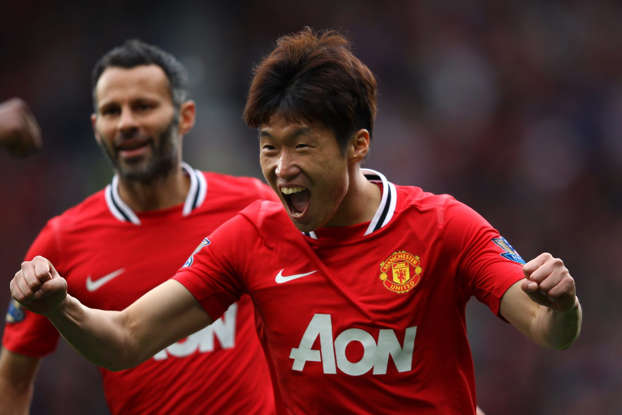 It was Arsenal’s most humiliating defeat to Man Utd and their first league game with eight goals conceded since 1896. 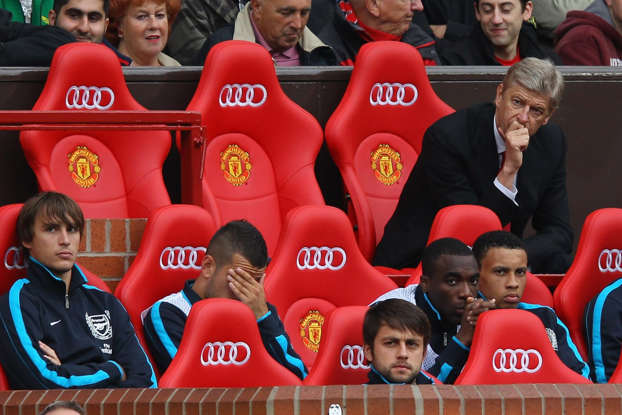 The awful summer of 2011 for Arsene Wenger’s Arsenal hit rock bottom, when they were thrashed 8-2 by a brutal Manchester United at Old Trafford on 28 August. According to The Guardian, it was all so humiliating that Wenger apologised to the fans who had made the trip and offered them tickets to a future away game. 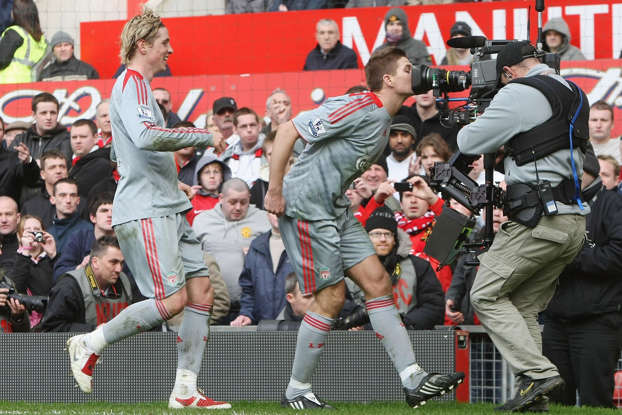 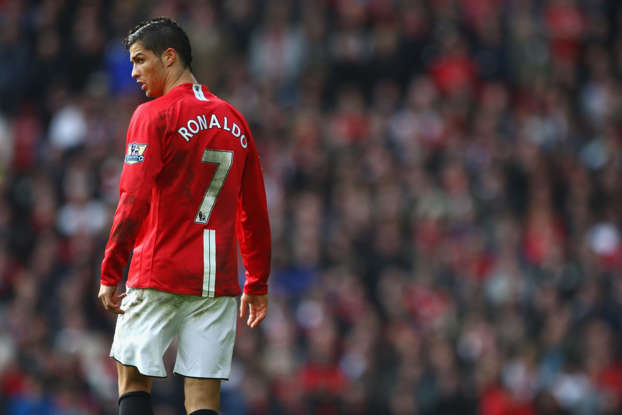 United took an early lead through Cristiano Ronaldo, leaving Liverpool fans fearing the worst. But with goals from Gerrard and Torres, Liverpool beat Utd to round off a perfect week of football for them. 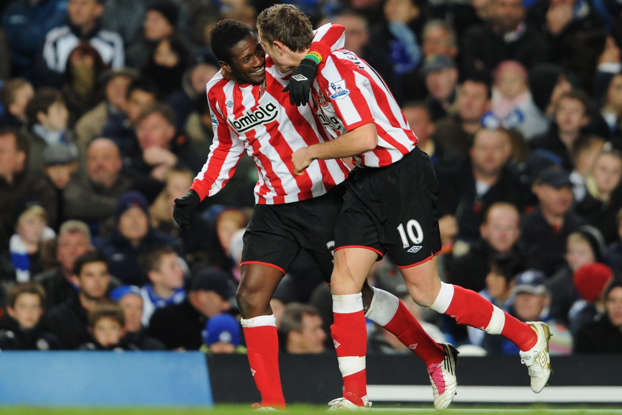 With Chelsea riding high at the top of the table, nobody thought Sunderland could inflict any damage on Ancelotti’s men. Danny Welbeck and Asamoah Gyan had other plans, and between them they took Chelsea apart. Ancelotti wasn’t at Chelsea the following season. 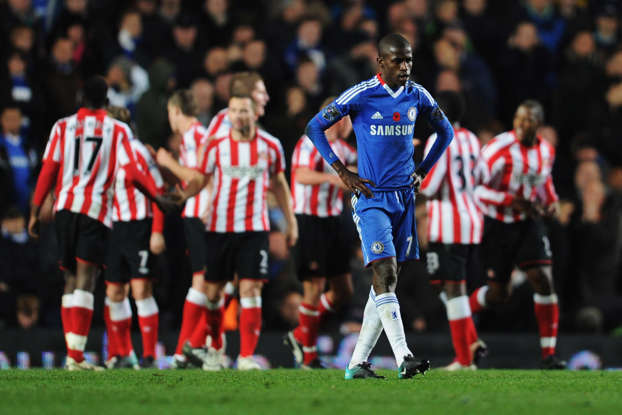 Frank Lampard was injured, Terry put his back out leaving the defence broken. The Black Cats didn't let up and continued to pressure the Blues. Ancelotti wasn’t at Chelsea the following season. 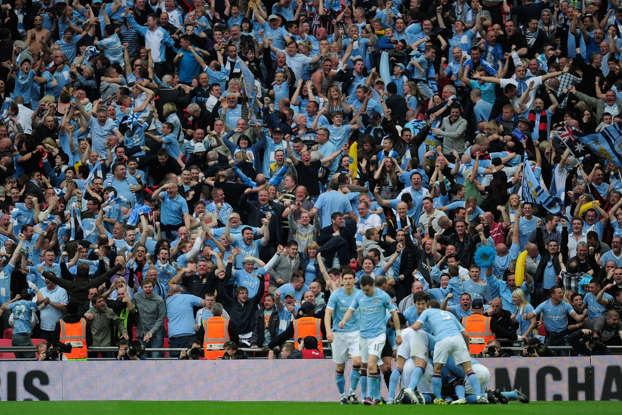 United’s noisy neighbours lay down the gauntlet as Premier League big boys, leaving legendary manager Sir Alex Ferguson to describe the final result as his “worst ever day” in management. 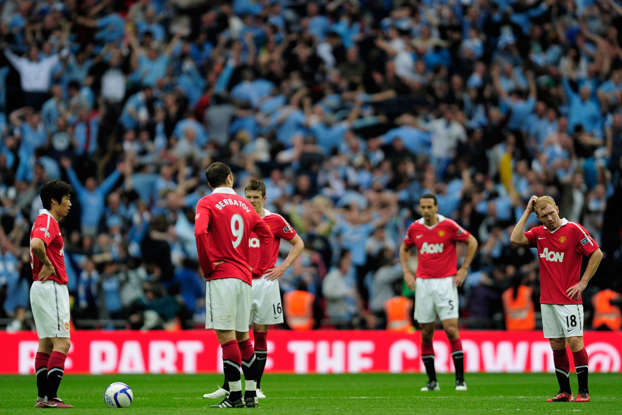 United were the defending champions but Mario Balotelli's goal in the 22nd minute had a significant impact on their performance. Not long after, Jonny Evans pulled down Balotelli and was sent off. It was a bit of a disaster for United, to be honest. 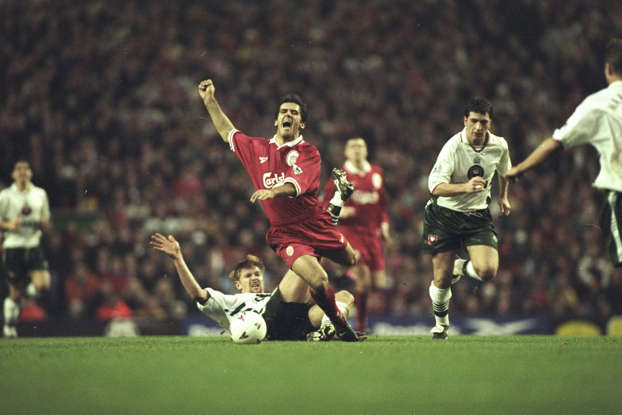 Before a daunting trip to Anfield in November, Barnsley had only collected four points from a possible 30. However, it was their debut top-flight campaign, so little was expected of them following their surprise promotion the previous year. 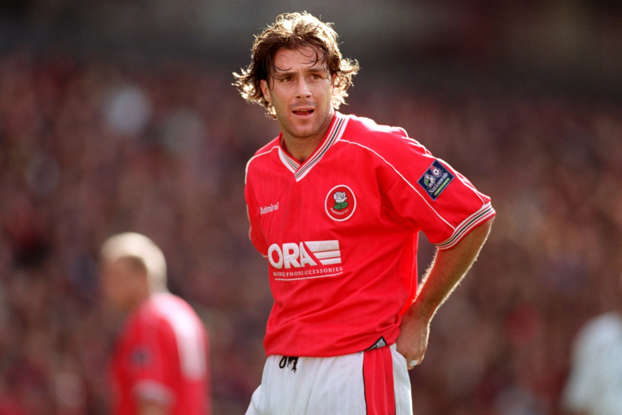 After a series of losses, the Yorkshire side travelled to Anfield with low self-esteem and fearing the worst. As a surprise to all, they beat Liverpool with a goal by Ashley Ward that could easily have been the easiest in his career. He poked the ball into an unguarded net and, thanks to that split second of confusion, beat the home side 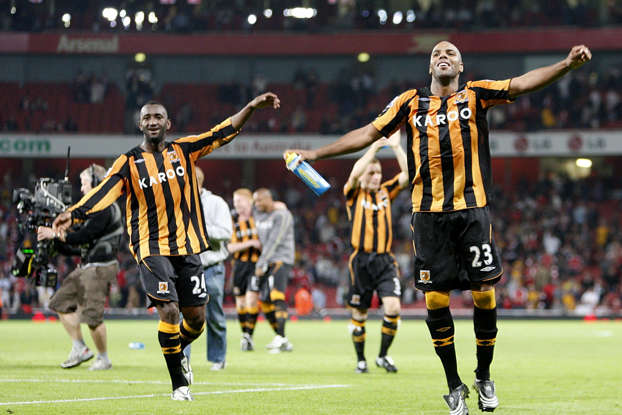 Hull's final 17th-place finish didn’t really tell the true story of their up-and-down 2008/09 season, when the Tigers sunk from sixth in December to the brink of the relegation zone in May. 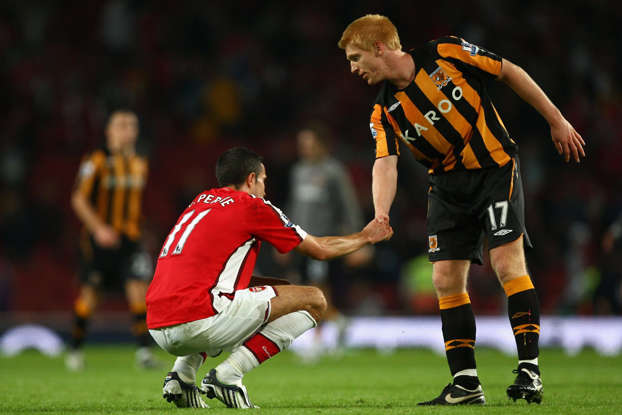 The game was turned upside-down

In late September a trip to the Emirates Stadium didn't scare a Hull side who had avoided defeat in four of their first five fixtures. Arsenal took the lead through an own goal, only to be shocked when goals from both Geovanni and Daniel Cousin turned the game upside-down. 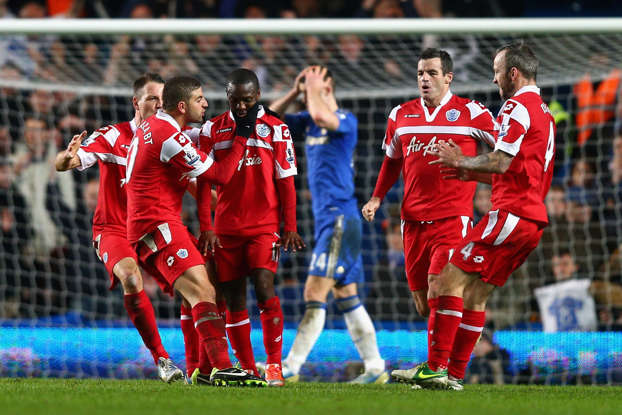 When they arrived at Stamford Bridge in January, Harry Redknapp’s QPR were at the bottom of the table. Chelsea, on the other hand, were looking for a fifth consecutive win. 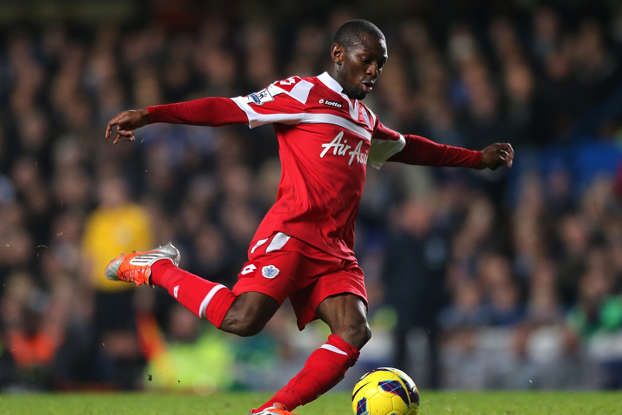 Wright-Phillips back to defeat his previous club

It was not to be and ex-Chelsea player Shaun Wright-Phillips came back to haunt them and gave QPR their first away derby win in 18 years. 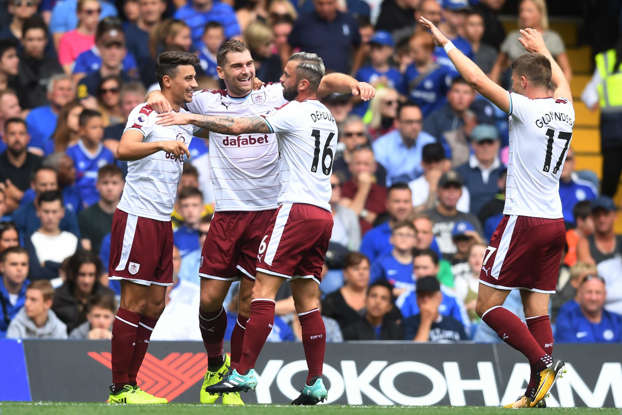 Sean Dyche had done a brilliant job in guiding Burnley to safety the previous year, but the summer sales of Andre Gray and Michael Keane were expected to hit the Clarets hard. 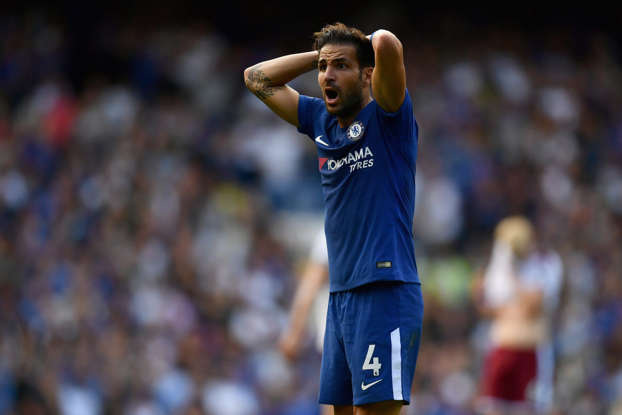 But nobody told Sean Dyche or Burnley that, and they went on to enjoy their most successful top-flight campaign since the early seventies. The loss Chelsea suffered wasn't helped by the fact they were down to nine men after two players were sent off. In total, they had four men sent off in their previous three competitive games. It wasn't a good start to the season for The Blues.