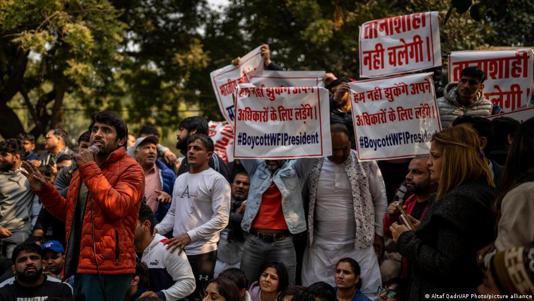 
The sports ministry has given the wrestling body a deadline of Friday to respond to the accusations. 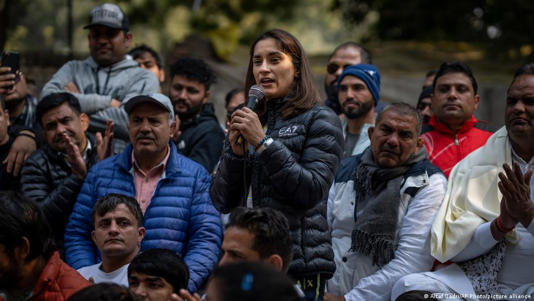 Some of India's most prominent wrestlers led a sit-in protest near the country's parliament on Thursday, accusing the Wrestling Federation's (WFI) president and coaches of sexual and mental harassment.

Vinesh Phogat and Bajrang Punia led about 100 protestors who demanded the removal of the wrestling body's president, Brij Bhushan Charan Singh, and other officials pending the outcome of an inquiry into the allegations.

"I know at least 10-20 girls in the national camp who have come and told me their stories," she added.

Singh, who is also a lawmaker representing the governing Bharatiya Janata Party, rejected the accusations and said he was ready to face any probe.

"If there were complaints against me or some coaches, they should have come forward earlier," he said.

Wrestling Federation of India too 'powerful'

India is a deeply hierarchical society and Phogat said many wrestlers were intimidated and not coming forward because of their humble origins.

"They are scared because of their family background. They can't fight them because they are powerful," she said.

Tokyo Olympics bronze medallist Bajrang Punia, who is male, also joined the protest. He accused Singh of running the federation in a high-handed manner.

Punia, who won a bronze medal at the Tokyo Olympics, joined the protest and accused Singh of running the federation in a dictatorial manner saying it should support the wrestlers.

"But what if the federation itself creates the problem? Now we have to fight, we will not back down," he said.

Fellow wrestler and Olympic bronze medallist Sakshi Malik, who was also part of the protest, endorsed the allegations.

"Athletes work hard to win medals for the country, but the federation has done nothing but let us down," she tweeted.

India's sports ministry had asked the wrestling body to answer the accusation made by the wrestlers by Friday, "Otherwise, the ministry will proceed to initiate action against the federation."