Posted by Sunday Trust | 5 days ago 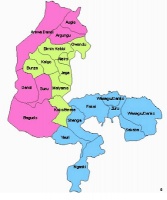 The parents of the remaining 11 students of the Federal Government College in Yauri, Kebbi State, out of the over 80 abducted since June 2021, have had to endure the difficulty of not seeing their loved ones for more than a year and a half.

Now, it seems, they have also been abandoned by the government to make arrangements for the freedom of their children, forcing them to resort to crowd-funding to raise the N100 million ransom demand of the bandit kingpin responsible for their miseries.

A representative of the parents, Salim Kaoje, told Daily Trust how they established contact with the bandit kingpin, Gide, through his mother, but he is still insisting on the N100 million ransom he had asked for in return for the freedom of their children.

Also, according to Kaoje, Gide claimed he abducted the students to spite the government for deceiving him into playing a role in the release of abducted Kagara students, without fulfilling its promise to release his members, insisting that they must cough out N100 million or they would never see their children again.

We do not know if Gide’s claims are true or not, but we are not interested in the details of any behind-the-scenes arrangements between the government and any criminals. But the fact that 11 students have remained at the hands of bandits for close to 18 months is itself a serious indictment on both the federal and Kebbi State governments. That the captives are schoolgirls makes the indictment unpardonable. There was no swift action to rescue the students, allowing the bandits to take them into their enclaves. And the parents have been kept in the dark as far as efforts to free their loved ones are concerned, perhaps because nothing is being done at all to free the students.

As Peter Hawkins, UNICEF Representative in Nigeria, rightly noted, “These horrific abductions often result in the immediate closure of all schools in the affected states - putting an abrupt halt to the education of affected students. Even when schools re-open, it discourages parents from sending their children to school and leaves children traumatized and fearful of going to classrooms to learn.”

Certainly, no parent will want to face the trauma of having their children kidnapped let alone of sourcing for money to rescue them. If we cannot get more children into schools, we must avoid actions that are capable of forcing out the ones we currently have.

The governments certainly need to do more to rescue people in captivity. This can be achieved through a multi-pronged approach, including the use of technology, ranging from drones to other forms of surveillance equipment. The government needs to get the right technology and use the ones now at its disposal to address the activities of non-state actors.

Our security agencies consisting of the military, the Nigeria Police Force, the Department of State Services, the Nigeria Security and Civil Defence Corps must act with unity of purpose to address the security challenges in the country. Inter-agency rivalry should be a thing of the past.

The same way and manner the Abuja-Kaduna train victims were freed should also be deployed to secure the release of the Yauri girls.

It would be recalled that Kebbi State Governor Abubakar Bagudu, shortly after the abduction, vowed to lead a search and rescue mission comprising security agents and local hunters into the forest to rescue the students.

“We will go out there and like I promised, the day we will move out, I will not be in the office because I will lead the movement and this will be done to rescue the abductees,” Bagudu said at the time. But it seems he, under whose watch they were kidnapped, has forgotten about his promise. The Kebbi State governor and the president must be reminded of their promises. Their words must be their bonds. Appearing not to be doing enough can only embolden terrorists to be more daring.

The presidency had also at various fora announced that President Muhammadu Buhari had given a marching order to security personnel to free not only the Yauri students but all others in captivity everywhere across the country.

As far as this issue is concerned, all options must be on the table for these abducted students to be freed and reunited with their colleagues and loved ones. Government must not give credence to allegations that it is not doing enough to free the students from captivity because they are not the children of the elite.