Posted by Samuel Akpan | 3 days ago 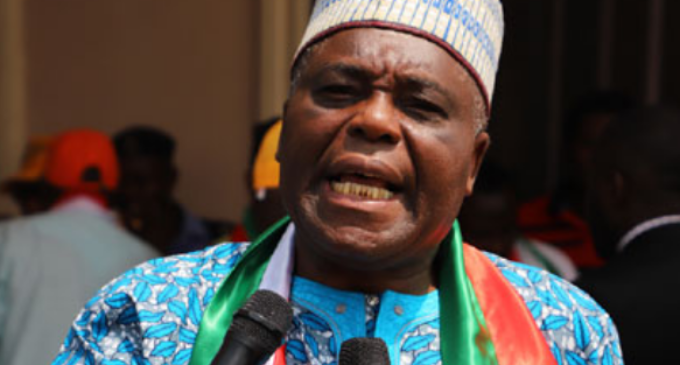 
Raymond Dokpesi, founder of Daar Communications, says some members of the All Progressives Congress (APC) are billed to join the Peoples Democratic Party (PDP).

In a letter dated January 21 and addressed to Ifeanyi Okowa, governor of Delta, Dokopesi said the APC members were formerly in the Muhammadu Buhari/Yemi Osinbajo Nationwide Support Group.

He said the APC members will officially join the PDP on Tuesday at the party’s rally in Delta.

He said following “due diligence”, it was discovered that members of the group are over seven million.

“Your Excellency may wish to find an enclosed letter from former members of the President Muhammadu Buhari/Yemi Osinbajo Nationwide Supporters Group who officially wish to decamp [en masse] from APC to the PDP in Asaba during the Delta State Campaign Rally on Tuesday, January 24, 2023,” the letter reads.

“We have done due diligence on them and found that they actually have over 7,000,000 (Seven Million) registered voters in their fold. They are very strong in the South South region.

“I am informed that in order to manage costs, they will come to Asaba with three representatives per state and twenty members of their National Executive.”

Dokpesi added that he “strongly recommends” the APC members to Okowa for consideration.