Posted by XINHUA | 2 days ago 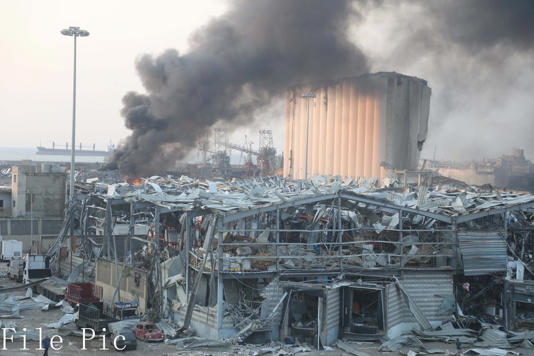 
Black smoke rises from an explosion site at the port of Beirut, Lebanon, on Aug. 4, 2020. (Xinhua/Bilal Jawich) 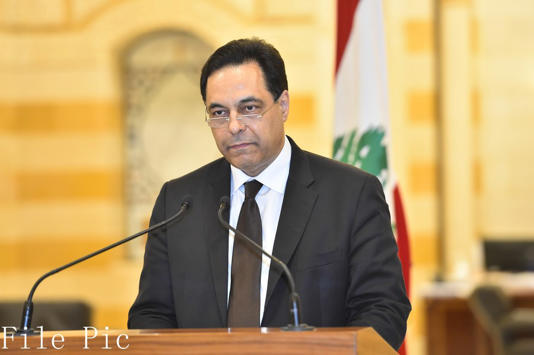 Lebanese Prime Minister Hassan Diab delivers a televised speech in Beirut, Lebanon on Aug. 10. 2020, announcing the resignation of his government after deadly explosions in the Beirut port triggered protests. (Dalati & Nohra/Handout via Xinhua)

Lebanese Prosecutor-General Ghassan Oueidat, who was also charged in the Beirut blast investigation, announced on Tuesday his rejection of the decision issued earlier by Bitar, arguing that the judge was suspended from his investigation over a year ago.

Bitar's work had been interrupted for over a year following several complaints filed against him by two former ministers facing charges, forcing him to halt the probe. Bitar resumed his work after a legal opinion said he should be allowed to continue his investigation.

Primary investigations into the blast revealed that the ammonium nitrate stored since 2014 in a warehouse at the port caused the explosions, which killed over 200 people and injured more than 6,000 others. 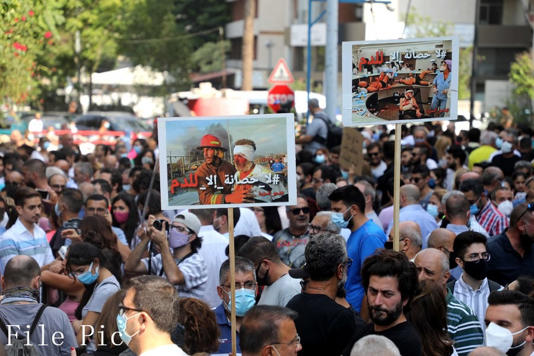 People take part in a protest near the Justice Palace in Beirut, Lebanon on Sept. 29, 2021 against the suspension of the investigation into the port explosions. (Xinhua/Bilal Jawich)