Posted by Admin | 7 months ago 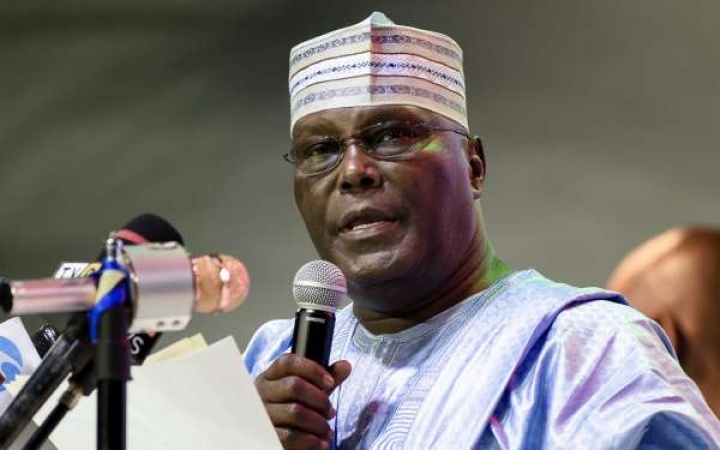 Atiku Abubakar
A former Vice President of Nigeria, Atiku Abubakar, has warned against the payment of ransoms to kidnappers, saying it is a short term solution that will cause long term destruction.
Atiku had, a few days ago, urged the authorities to spare no resources in securing the release of the abducted students of the Federal College of Forestry Mechanisation in Kaduna.

While commenting on the abduction of students and teachers from UBE Primary School in Rama, a village in Birnin Gwari Local Government Area of Kaduna State, Atiku, via his official Twitter handle, called on the federal government to declare a state of emergency in the education sector.

“With the latest Kaduna school abduction, I repeat my call for the FG to declare a state of emergency in the education sector and to post 24-hour armed guards at every school in the affected and neighboring states.

“No expense must be spared to keep our schools safe.

“With 13.5 million children, Nigeria is already the world headquarters for out-of-school kids.

“This can only make things worse. It behoves on us as a nation to act decisively and excise this cancer of school abductions from our polity with clinically precise policies.

“We must also stop paying ransom at random.

“It is a short term solution that will cause much long term destruction.

“We must, as a nation, impose law and order now, or we will bequeath lawlessness and disorder to the next generation. And may God forbid that.” he tweeted.

Abduction of students and teachers from UBE Primary School happened barely 24 hours after security agents thwarted an attempted abduction of 307 students of Government Science Secondary School in Ikara Local Government Area of Kaduna State and another attack at the Federal Airport Authority of Nigeria (FAAN) quarters in Igabi LGA of the state.

On Thursday night, bandits had invaded the Federal College of Forestry Mechanisation, Afaka, in Igabi LGA and abducted 39 students comprising 23 females and 16 males.

Security agents had earlier rescued 180 of the students but the gunmen who made away with 39 students are now demanding a ransom of N500 million.