Posted by The Nation | a month ago 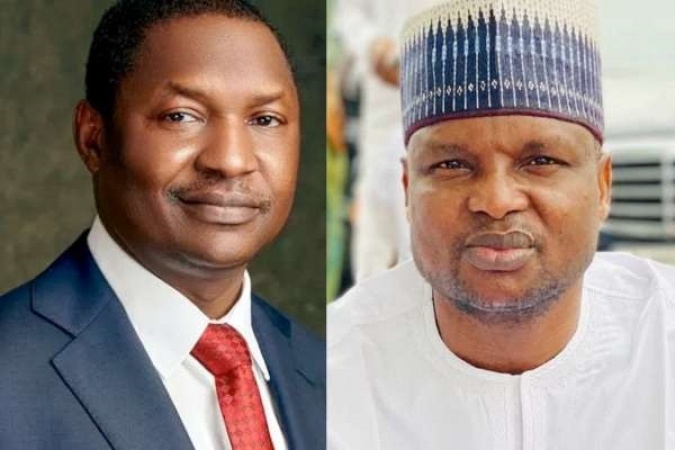 
The Minister of Police Affairs, Mohammed Dingyadi, has said the report of the investigation on the alleged indictment of erstwhile commander of Police Intelligence Response Team (IRT), Abba Kyari, by jailed scammer, Ramon Abbas (aka Hushpuppi), is with the Attorney General of the Federation (AGF).

He also said President Muhammadu Buhari would determine whether or not Nigeria would accede to the extradition request against Kyari.

A United States (U.S.) court had declared Kyari wanted over allegations of complicity in the $1.1 million bribe fraud committed by Hushpuppi.

This led to his suspension by the Police Service Commission (PSC) from office as a Deputy Commissioner of Police (DCP) and head of the IRT on the recommendation of the Inspector General of Police (IGP) Usman Baba Alkali.

The police chief recommended the suspension as a temporary measure to allow the force investigate Kyari’s relationship with Abbas. The police committee had concluded its investigation and submitted its findings to the IGP.

Speaking on the show, the minister promised that the Federal Government would ensure that the right thing was done because of its international nature.

He said the police had tried to be transparent on the matter, adding that the report was also submitted to the Attorney General of the Federation (AGF).

“The issue of Abba Kyari has become a public domain. I think by now everybody has heard that the police, in their wisdom, in their usual way of becoming transparent and fair to all, have set up a committee to investigate all these allegations.

“We have also reported that the committee has submitted the report to the IGP.

“We have also submitted this report and recommendations to the AGF for a legal opinion. Thereafter, we will take it to Mr. President for final consideration.

“So, you can see that even though this matter is a local matter here, it has some international connotations.

“What is important is that Nigerians should know that the police management is up and doing, and it has done what it is supposed to do. I hope people will wait and see what actions will be taken on this matter.”