Posted by Nduka Chiejina | 4 weeks ago 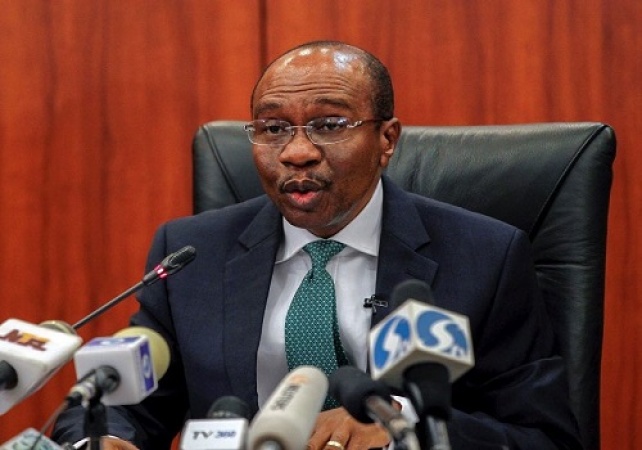 
For the first time, the Central Bank of Nigeria (CBN) has revealed that Bureaux de Changes (BDCs) were funding terrorism and kidnapping in the country.

Godwin Emefiele, Governor of the CBN made this disclosure in Abuja on Friday after the Monetary Policy Committee (MPC) meeting.

Emefiele, before making the revelation had vowed that the CBN would not rescind its decision to ban the sale of foreign exchange to BDCs.

Shedding more light on why the apex bank took the decision, Emefiele noted that the CBN has resolved to stop funding BDCs by dipping into the nation’s foreign reserve to fund BDCs all for the sake of stabilizing the forex market.

According to him, “we have decided that this will stop and it has stopped for good. It beats my imagination that Nigeria carried on with this kind of practice that tended to support illegal activities of people who are involved in graft and involved in corrupt practices.”

He added that “instead of collecting Naira as a bribe you tell the person to exchange it to dollar so that you can have some packet of dollars in your pocket.”

Another reason for the decision he said is that “we have unwittingly supported activities of those who illegally buy foreign exchange from this illegal market, carry them in aircrafts out of the country and go to buy arms and ammunition and bring them back into the country and conduct crime whether it is Boko Haram, kidnapping or all sorts of nefarious activities. We the CBN take our country’s dollar and sell to people to go and buy arms ammunition to come and hurt us. That is what we are saying that people want us to continue to do. We cannot do that any longer.”

Emefiele told bank customers with legitimate requests for forex that exceeds the official limit that, “your bank will speak to us and we will give you what is even more than the limit. We will continue to monitor the banks.

“We conducted a study, one of the banks sold in one day  forex to 52 people who wanted to travel. After two weeks, they went to check, 40 out of the 52 have cancelled their ticket. They will have to return the forex or we will pursue you if you are involved in this nefarious activity. We are not going to go back there again.”

Emefiele also disclosed that the CBN will launch a manhunt for the owner of Aboki FX an online forex dealing platform.

The CBN he said “wrote a memo to banks and asked those banks to provide information about Aboki FX. We are have been studying the activities of Aboki FX in the last two and a half years. The CBN once invited the owner of Aboki FX that they want to engage him to understand his model, basis and how he came about advertising those rates.”

Emefiele described him as “a Nigerian who lives in England and conducts this nefarious activity and criminal activity on our economy. It is an economic sabotage and we will pursue him. We will report him to international security agencies. We will track him. We will find you because we cannot allow you to continue to conduct illegal activities that kill our economy.”

The CBN governor disclosed that “preliminary finds reveal that the company was registered in the UK in November 2015 and it is owned by one person who claims in his regular filings that there are other people with significant interest in that business but he does not want to name them. So, who are these significant people? Why are they hiding?”

Again Emefiele said “preliminary findings suggest this website was built and is being used purely for the purpose of foreign exchange manipulation and speculation.  They get Naira notes,  use it to purchase dollars, take a position, change the rate over a given period, sell the dollars they purchase and make a profit. This is completely illegal and we will pursue them.

The owner of Aboki FX he said, “directly benefits from the rates quoted daily on his website. We are finalizing our investigation and we must warn these companies that patronize him that they are also going to face our wrath.”

However, before taking that decision, he said the committee was worried that “the increasing level of insecurity in parts of the country remained a crucial point of concern for the MPC as its persistence could adversely impact business confidence and derail the recovery”.

As a result of the level of insecurity in the country, the MPC he said has called “on the Federal Government to prioritize security surveillance in farming communities as the increased supply of food would play a significant role in stabilizing macroeconomic fundamentals.”

Aboki FX, has however,  said  it would no longer publish exchange rates for now and hoped that the naira would stabilise.

The online foreign exchange update platform in a statement on Friday said: “Aboki FX is fully functional but we will not be publishing any form of rates on our platform for now. We sincerely hope this suspension will lead to the naira appreciation from next week. With our decision to temporarily suspend online rate publication, we are aware that there will be limited visibility of parallel rates information which will impact decision making for many,” it said.

The platform denied manipulating the market, adding that there was no way it could have such power.