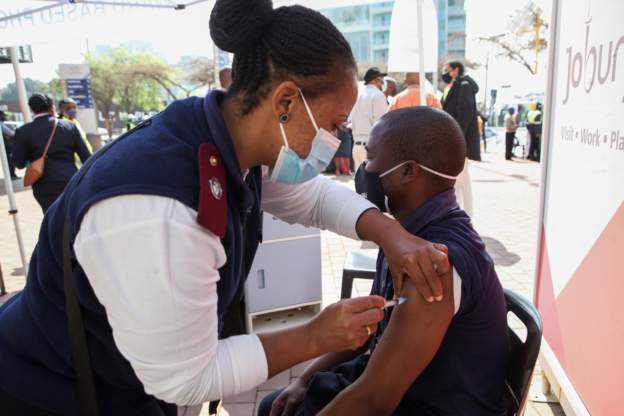 
The person in charge of health policy in a province of South Africa has suggested that women should withhold sex from men who have not been vaccinated, local media report.

“I think it is a good idea to say, ’no vaccine, no sex’, especially for unmarried women. It will protect both of you,” the Daily Maverick

It followed a report showing that fewer men than women were getting the jabs.

About 62% of the vaccinated population in the mainly rural province are women, with men accounting for 38%, according to the report.

More than a million people have been vaccinated so far in the Eastern Cape and the province hopes to reach a target of two million by the end of the year and 4.5 million by April next year.

Ms Meth expressed concern that the number of men going for the jab was “too low” and called for them "to do the right thing".

She said they were targeting their campaigns to places where they could reach men including at entertainment venues, restaurants and pubs - as well as working with traditional leaders in rural areas.

She added that they were gathering scientific evidence on why men were being hesitant or dismissive of the vaccine.

Nationally, 14% of the population has been fully vaccinated, according to Our World in Data, and the government is aiming to increase that to 67% by the end of the year.