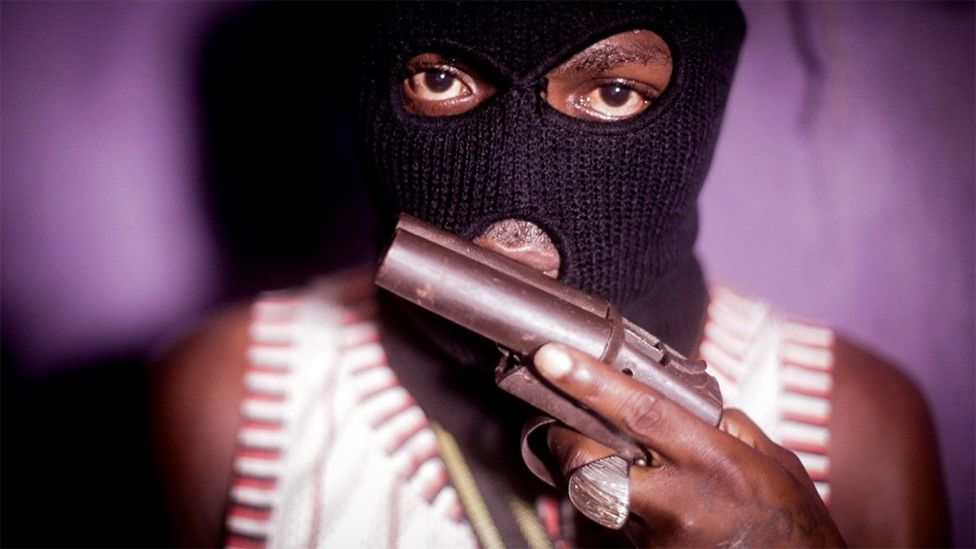 BBC -A member of the Black Axe gang, one of Nigeria's most feared


A violent mafia-style gang in Nigeria linked to murder and fraud has infiltrated the country's political system and launched a global scamming operation well beyond Nigeria's borders, according to thousands of hacked documents and testimonies seen by the BBC.

The 'Black Axe' gang has been operating for decades in Nigeria and is among the country's most-feared organised crime syndicates. Membership of these syndicates, known as "cults" or "fraternities", is outlawed in Nigeria.

For the past two years, BBC Africa Eye has been following the Black Axe, speaking to former members and combing through thousands of leaked documents that appear to have been hacked from a number of prominent members of the group. It was not possible to verify the entire cache of hacked files, but key documents were verified by the BBC.

Among our findings were emails that suggest a prominent Nigerian businessman and 2019 APC Party candidate for political office, Augustus Bemigho, was a senior member of Black Axe and was involved in orchestrating fraudulent internet scams netting millions of dollars.

The cache of documents contained more than 18,000 pages from an email account linked Mr Bemigho, including emails that suggest he sent guidance on scamming to a network of collaborators on 62 occasions and communicated with others about specific scamming targets.

"We have removed him close to 1M dollar," says one email sent to Mr Bemigho, referring to a victim. The email contains the victim's full name, email address and number, and instructions on how to progress the scam.

Read the full investigation: The ultra-violent cult that became a global mafia

The BBC tracked down two apparent scamming victims from Mr Bemigho's emails, who say they were defrauded of approximately $3.3m (£2.4m). Operations by international law enforcement agencies indicate that Black Axe's scamming profits may run into the billions. The BBC contacted Mr Bemigho but he did not respond to the allegations.

Some of the material in the leaked documents - showing the graphic results of the gang's activities - is too horrifying to publish. But the data paints a unique portrait of the Black Axe operations between 2009 and 2019, and suggests the gang has penetrated Nigerian politics in its home region of Edo State to a shocking extent.

Two documents state that in Benin City, 35 million naira (more than £64,000) was funnelled to the Neo-Black Movement of Africa (NBM) - a registered company in Nigeria considered by some western law enforcement to be synonymous with Black Axe - to "protect votes" and secure victory in a governorship election in 2012.

In exchange for the support, the files suggest that "80 slots [were] allocated to NBM Benin Zone for immediate employment by the state government".

Kurtis Ogebebor, an activist in Benin City who works to try and stop young people being recruited into cults like Black Axe, told the BBC that Nigeria's politics had become a "mafia politics".

"Cultism seems to be at all levels of our government, from the lowest to the highest," he added. "You find them everywhere." 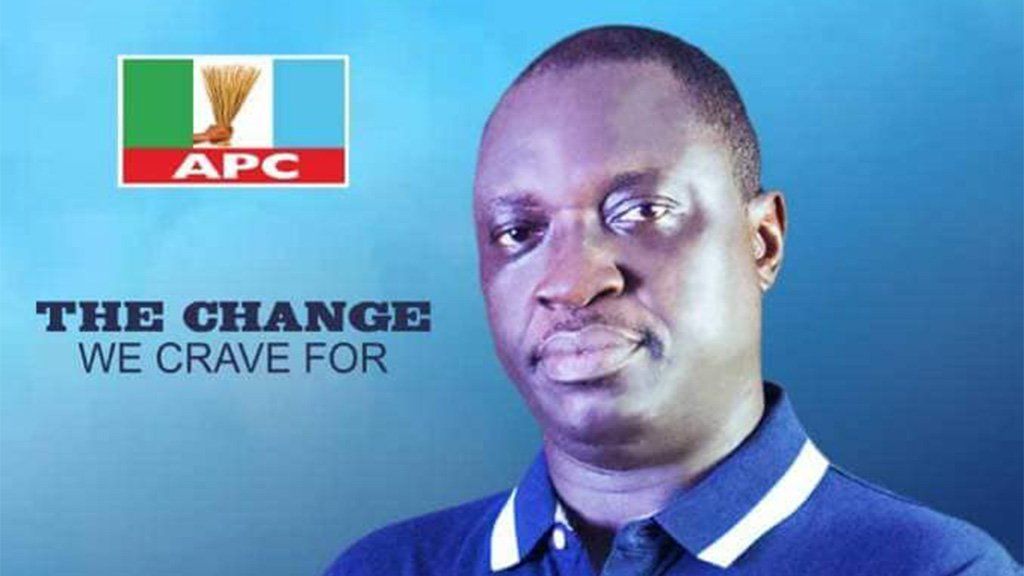 The Neo Black Movement of Africa strongly denies links to the Black Axe, and the group's lawyers told the BBC that any Black Axe members found among its ranks were "expelled immediately". The NBM claims to have three million members around the world, and regularly publicises charitable activity - donations to orphanages, schools and the police, both in Nigeria and abroad.

"NBM is not Black Axe. NBM has nothing to do with criminality," Ese Kakor, the president of the organisation, told the BBC.

But international law enforcement agencies have taken a different view. The US justice department has labelled the NBM a "criminal organisation" and says it is "part of the Black Axe", and Canadian authorities have said that the Black Axe and NBM "are the same".

In recent months, joint operations targeting Black Axe by the US Secret Service, the FBI and Interpol resulted in the arrest of more than 35 NBM members in the US and South Africa on charges related to multi-million dollar internet fraud schemes. The NBM told the BBC all these members have since been suspended.

In 2017, Canadian authorities broke up a money-laundering scheme linked to Black Axe worth in excess of $5bn - hinting at the scale of the gang's global financial operations. Nobody knows how many similar schemes are out there, the leaked documents show members communicating between Lagos, London, Tokyo, Dubai, and a dozen other countries.

In Nigeria, the Black Axe is better known for its street level crime and brutality and alleged links to politics and business. But the nature of the connections has long been murky and unsubstantiated.

A former member of the Edo State government, speaking to the international media for the first time, told the BBC Black Axe membership is widespread within the halls of power.

"If you sat me down and say, can you identify Black Axe in government, I will identify," said Tony Kabaka, who told the BBC he had survived repeated assassination attempts since leaving governmnet and whose house and front gate are littered with bullet holes.

"Most politicians, almost everybody is involved," he said.

We sent the government of Edo State the allegations that they have ties to the Black Axe, but they did not respond.