Posted by AFP | 5 months ago 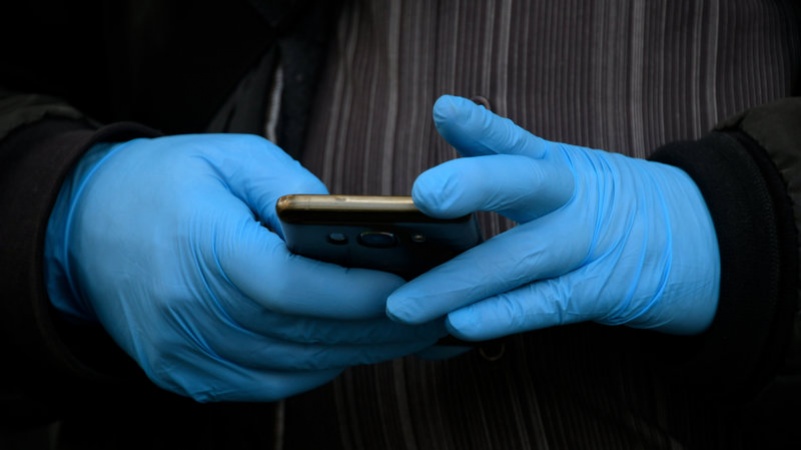 The world hit a record number of Covid infections in a week, an AFP tally revealed Wednesday, as the WHO warned that Omicron poses a "very high" risk and could yet overwhelm healthcare systems.

The highly transmissible variant has seen case records in multiple countries and registered infections were up 37 percent globally from December 22-28 compared to the previous seven-day period, according to the AFP tally based on national databases.

A total of 6.55 million cases were detected between 22-28 December, the highest figures since the World Health Organization declared a pandemic in March 2020.

The surge, currently worst in Europe, has forced governments to walk a tightrope between re-imposing restrictions designed to stop hospitals becoming overwhelmed and the need to keep economies and societies open two years after the virus first emerged in late 2019.

Studies suggest Omicron, now the dominant strain in some countries, carries a reduced risk of being admitted to hospital, but the World Health Organization still urged caution.

"Consistent evidence shows that the Omicron variant has a growth advantage over the Delta variant with a doubling time of two to three days."

More than 5.4 million people around the world have died from Covid-19, but the number of deaths declined to an average of 6,450 a day in the last week, the AFP tally said, the lowest since late October 2020.

The WHO warned further data was needed to understand Omicron's severity.

Its rapid growth "will still result in large numbers of hospitalisations, particularly amongst unvaccinated groups, and cause widespread disruption to health systems and other critical services", warned WHO Europe's Covid Incident Manager Catherine Smallwood.

More than 3.5 million cases have been recorded in Europe in the last seven days, with Britain, France, Greece and Portugal all reporting record daily case numbers.

France on Wednesday extended by another three weeks the closure of nightclubs -- with financial aid to help mitigate the loss of business over the Christmas and New Year period.

"I can imagine the distress for these employees and entrepreneurs," Tourism Minister Jean-Baptiste Lemoyne told France Inter radio.

© Simon MALFATTO Spread of the coronavirus

French lawmakers were on Wednesday to start debating a new law that will only allow those vaccinated -- and no longer accept proof of a negative Covid test -- to enter restaurants, cinemas, museums and other public venues.

On Wednesday, Vietnam, an export-reliant economy long seen as a success story in Asia, reported economic growth for 2021 at a 30-year low of just 2.58 percent, as the pandemic continues to take a toll.

Armed police in Jingxi in southern China, near the border with Vietnam, paraded four alleged violators of Covid rules through the streets, state media reported, a practice that was banned but which has resurfaced in the struggle to enforce a zero-Covid policy.

Covid spikes caused severe travel disruptions over the holidays, with thousands of flights cancelled worldwide and Finland on Tuesday saying it would bar unvaccinated foreign travellers from entering.

Women wearing face masks as a protection against coronavirus (Covid-19) speak to each other at Monastiraki square in the center of Athens, on December 29, 2021. - The WHO warned on December 28, 2021 that the Omicron coronavirus variant could lead to overwhelmed healthcare systems even though early studies suggest it sparks milder disease, as China and Germany brought back tough restrictions to stamp out new infection surges. (Photo by Angelos Tzortzinis / AFP) (Photo by ANGELOS TZORTZINIS/AFP via Getty Images)

England's top football league is grappling with record cases, while China has imposed strict lockdowns on millions of people to control the spread of the Delta variant ahead of the Beijing Winter Olympics.

Mexico City's mayor on Tuesday cancelled the capital's massive New Year's Eve celebrations as a preventative measure after a rise in Covid-19 cases.

In the United States, the Centers for Disease Control has halved the isolation period for asymptomatic cases to try and limit disruptions and mass labour shortages, despite the country battling its own surge fuelled by Omicron.

"I want to get rid of Covid and quarantines," said teacher Robin Myers as New Yorkers marked "Good Riddance Day" -- burning pieces of paper representing their worst memories of 2021.

"So that my kids can be normal again and see their friends and be out and be social."