Posted by Ebunoluwa Olafusi | 7 months ago 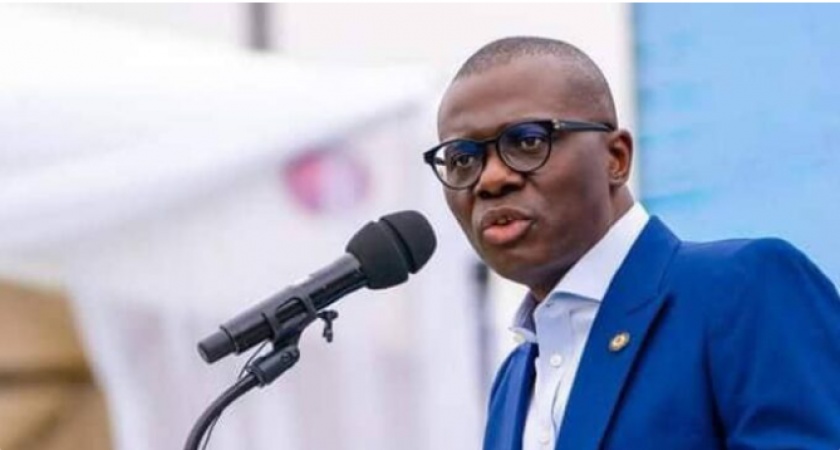 
Babajide Sanwo-Olu, governor of Lagos, says Lagosians will know what they will be missing if his administration is not allowed a second term.

Speaking on Channels Television’s Sunrise Daily on Friday, Sanwo-Olu said his government is trying to do its best and meet the expectations of citizens and also finish his first term “strong”.

He said when the time comes, he would ask questions, consult stakeholders on what they want and the way forward.

“As you speak, we have done about two-thirds of our time; about 66.7 percent because we count it every day. The field is not open yet but for me, it is about ensuring that these four years that I have, I promise my citizens to put every bit of my sweat into it,” Sanwo-Olu said.

“I will ask, I will consult. Citizens, how do you see it? These are some of the things; that’s how you get it down. Try and finish very strong. You know when it is time for us to do all the politicking we will do it.

“I think we are doing a very good job if I dare say so. I think the citizens know what it is they will be missing if they don’t let us continue to wrap up all the things we are doing.”

“OUR PLAN FOR TRANSPORTATION IN 2022”

On his administration’s plan on metro rail, Sanwo-Olu said the vision of his government is to reduce traffic and the time commuters spend on the road.

“Time is money and we need to move millions of people in Lagos from one corridor to another. The vision is to reduce travel time and gridlock on the road,” he said.

“And be able to do a better journey planning where you can predict pretty much this journey will take you 25 minutes, 30 minutes, not the one you get lost on the road that we have now and you are there for 2, 3 hours.

Asked much will the trains cost the average Lagosians, he replied: “I don’t think citizens will be breaking their backs. It will be affordable; N200, N250. It probably won’t be more than that.

“I really cannot say because the fare structure will be where you are joining to where you are hopping off. Typically, it won’t be more than what you are running on your BRT lines today. It certainly cannot be more than that. For it to be accessible, affordability is critical for people to make it a better option.

“Now, it is quicker instead of you staying one hour on the road, it’s going to take you 20 minutes which comes with a lot of benefits. Affordability is critical, it’s not going to be in the thousands.

“At best, if our operators say that ‘No, Mr Governor, it is more expensive’. We can do a financing metrics… I will give you a longer tenure time to be able to defray your cost but keep it affordable for our citizens.”

He also said the state will start testing the blue rail lines this year.

“And by the grace of God, we will also be completing the blue line. What Lagosians are expecting from us will be actively working with trains — two rail lines by the first quarter of this year.

“We would have started testing by this year. If we don’t bring passengers on, it will be for security reasons. The trains will be on track by the 4th quarter, the terminal stations will be ready by the fourth quarter.