Posted by Christian Okpara | 3 weeks ago 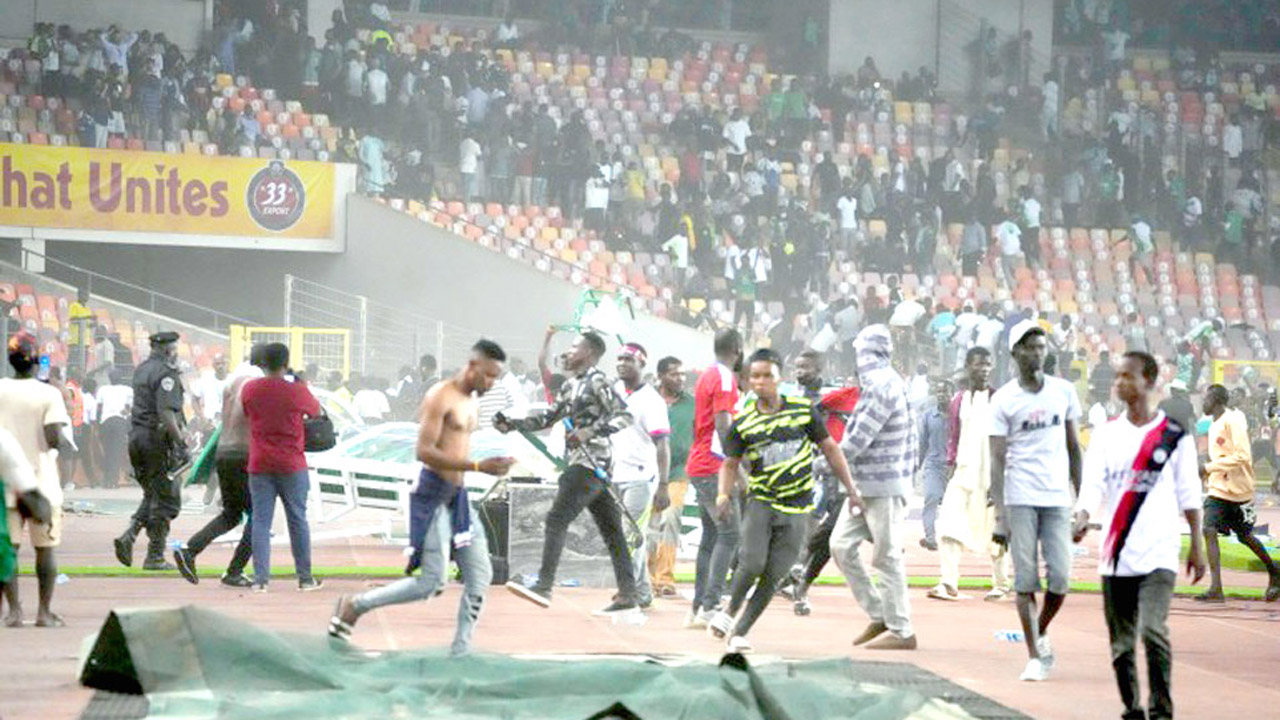 Fans went on rampage when Nigeria failed to beat Ghana to qualify for the Qatar 2022 World Cup at the MKO Abiola Stadium, Abuja… on March 29, 2022

The Super Eagles on March 29, 2022, managed to hold the Black Stars to a 1-1 draw at the MKO Abiola Stadium, Abuja, thus losing the bid to make the Qatar 2022 list to the Ghanaians.

To vent their anger and frustration over their team’s poor show, football fans at the stadium went berserk, destroying everything in sight.

At the end of the rampage, one CAF official from Zambia, Dr. Joseph Kabungo, who served as a doping doctor, was confirmed dead from suspected cardiac arrest.

Salah’s face was a blur of vivid green light when he prepared to take his penalty, which he blasted over the bar. Senegal went on to win the shootout in Dakar in March with Salah’s Liverpool teammate Sadio Mané scoring the decisive spot-kick.

FIFA said its disciplinary committee also looked into a pitch invasion by Senegal fans, an offensive banner and the national federation’s “failure to ensure that law and order are maintained in the stadium.”

Senegal was also ordered to play a future competitive game in an empty stadium.

In a letter sent to Nigeria Football Federation (NFF) on Sunday, CAF gave the approval for the stadium to be used for the 2023 AFCON qualifier.

This approval puts to end speculations that the edifice will be barred from hosting international matches in the wake of the crowd disturbances that trailed the second leg of the 2022 World Cup qualifier against Ghana.

FIFA, however, ruled that the Nigeria versus Sierra Leone game would be played behind closed doors.