Bandits kill 8, abduct many, give condition for peace in Sokoto community 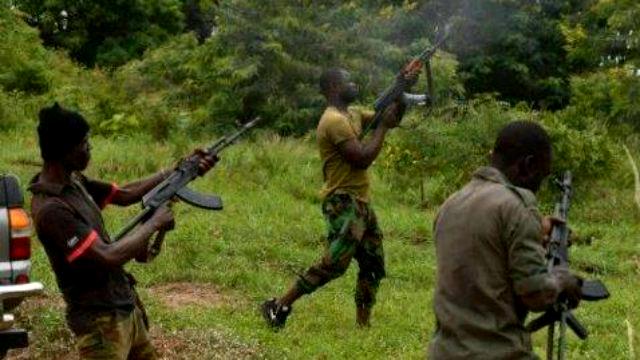 
Suspected bandits in a convoy of motorcycles attacked Taka Lime village of Goronyo Local Government Area of Sokoto State killing eight persons and abducting many, just as a traditional ruler and a cleric were among others kidnapped in Bayelsa and Akwa Ibom states.

A resident of Taka lime village, whose wife and daughter were killed in the attack, Sani Takakume, said the bandits invaded the village shooting sporadically.

“We came out in mass with all sorts of weapons at our disposal to confront the attackers and we succeeded in killing three of them and apprehending one,” Takakume said.

“When they realised that three of their colleagues were killed by the villagers, they killed eight of their captives as a reprisal.“

He said the most unfortunate thing was that one of the bandits killed by the villagers live among them in the village with his parents.

According to him, the bandits are already demanding N10 million as a ransom for some of the abducted villagers and another N10 million levy on the entire community if they want peace to reign in the village going forward.

Gunmen kidnap monarch, 2 others in Bayelsa

Meanwhile, the peace of Otuabula community in Ogbia Local Government Area of Bayelsa State was shattered as gunmen invaded the community, abducting the deputy paramount ruler of the community, Chief Otia Isomom.

A 50-year old woman and another middle-aged man were also kidnapped by the armed men numbering about 20, who invaded the community with a speedboat with which they took their victims away.

A resident, who did not want his name in print, said he narrowly escaped being kidnapped after he was stabbed by the gunmen.

Confirming the incident, spokesman of the Bayelsa Police Command, SP Asinim Butswat, said the police were intensifying efforts to rescue the abducted victims, adding that an investigation is ongoing to arrest the culprits.

A Catholic faithful, who spoke to Vanguard, yesterday, said the hoodlums invaded the church located along Ekparakwa-Etinan road in motorcycle convoy, took away the money realised from the launch of a church project that Sunday and also abducted the priest, who was asleep when they invaded the church.

The source added: “I learned that the church had a launching to raise funds for a project and realised almost N5 million.

“And when the armed men broke into the priest’s residence, they took away the money  and also took him (Fr. Uboh’s) with them. I don’t know if the kidnappers have made contact with the family yet.

The state Police Public Relations Officer, Mr Odiko MacDon, yesterday, confirmed the abduction of the Catholic priest, saying: ”We have received that report from the area and we are working on it“