Boris Johnson: Fifty migrants told they will be sent to Rwanda

Posted by Marie Jackson | 2 weeks ago 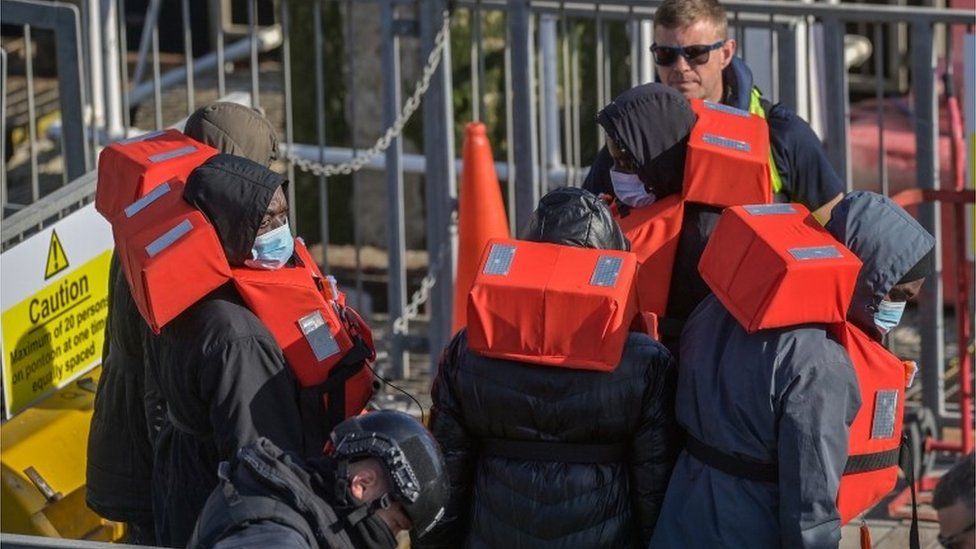 Fifty migrants have been told they will be the first to be sent to Rwanda in east Africa as part of the government's controversial resettlement policy.

In an interview with the Daily Mail, Boris Johnson revealed the figure, saying he expected a lot of legal opposition but insisted the government would "dig in for the fight".

Under a new deal, people judged to have entered the UK illegally now face being flown to Rwanda for resettlement.

Among its critics are more than 160 charities, the Archbishop of Canterbury, opposition parties and senior Conservative Party backbenchers, including former Prime Minister Theresa May.

Together they have raised questions about the ethics, legality, cost and efficacy of the policy.

Aid agencies have reported several asylum seekers in the UK going into hiding because of fears they would be sent to Rwanda.

The threat of removal has also prompted some to self-harm, with one attempting suicide, the Red Cross and the Refugee Council said.

Small boat crossings have continued, however. The latest available government figures show 792 migrants arrived in small boats in the week from 2 to 8 May.

Earlier this week, the Home Office said it planned to start informing the first migrants whom it wanted to remove to Rwanda. Among them would be people who had crossed the Channel, the department said.

In his interview, Mr Johnson said 50 "notices of intent" have now been issued. This marks the first stage of the process.

Those people will have between seven and 14 days to lodge objections.

It is widely expected there will be legal challenges to the plans. Home Secretary Priti Patel has said that would mean the process would "take time" but insisted she would not be deterred.

Mr Johnson told the Mail: "There's going to be a lot of legal opposition from the types of firms that for a long time have been taking taxpayers' money to mount these sort of cases, and to thwart the will of the people, the will of Parliament. We're ready for that.

"We will dig in for the fight and we will make it work," he added. "We've got a huge flowchart of things we have to do to deal with it, with the leftie lawyers."

The new policy follows a drastic rise in the number of small boat crossings across the English Channel, with more than 6,000 people crossing so far this year.

The government says the new scheme will be a major blow to people smugglers and will stop people dying on dangerous routes to the UK.

Ms Patel insists the critics of the policy have "no answers" themselves to the problem of dangerous small boat crossings.