Posted by Vanguard | 2 weeks ago 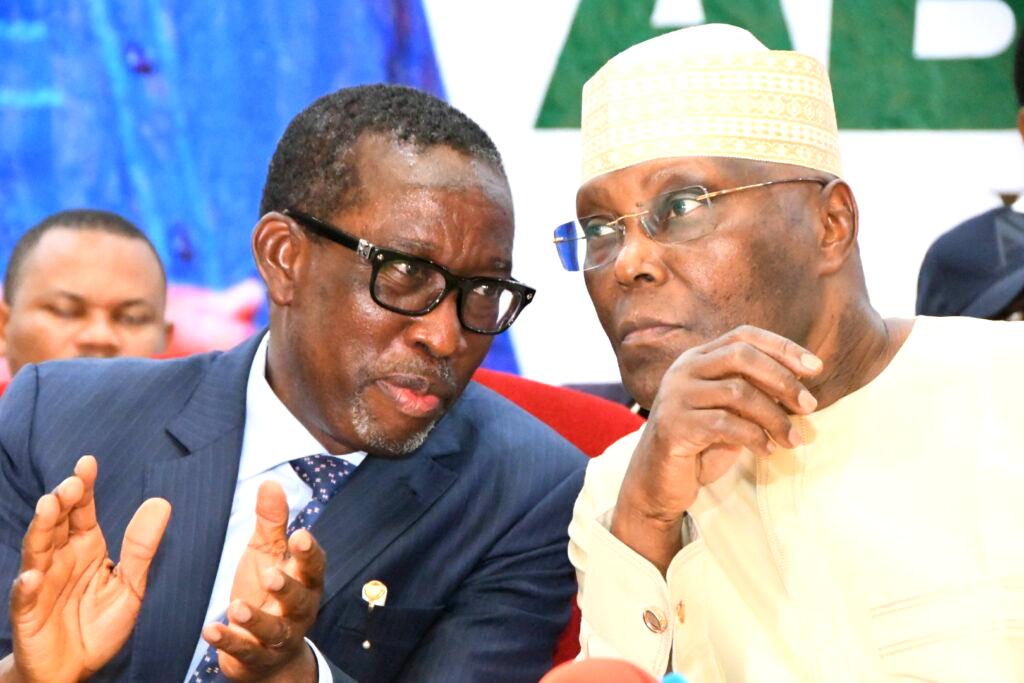 
Former Vice President of Nigeria and a presidential aspirant under the Peoples Democratic Party (PDP), Alhaji Atiku Abubakar has pledged to restructure the country if given the opportunity to emerge as the president of the country.

Alhaji Atiku made the pledge while addressing PDP delegates including Governor Ifeanyi Okowa at the Unity Hall, Government House, Asaba.

The former Vice President outlined other areas he would focus attention on if given the opportunity to preside over the affairs of the nation to include unity of the country, insecurity, economy and education, stressing that the country was at a cross road and needed an experienced hand to navigate through.

He thanked delegates from Delta for the support given to him at the Port Harcourt convention in 2019 and appealed to them to vote for him in the PDP presidential convention billed for 28 and 29, this month in Abuja.

Alhaji Abubakar said the issue of power rotation was enshrined in the party’s constitution, pointing out that what the PDP needed at this time was to grab the power before entrenching rotation.

“Having said that, we have come to another season of elections in the country but this season is unique because Nigeria has never found itself in this type of situation facing numerous challenges.

“That was why when l declared to run for the presidential election this time around, l identified five key areas that this country requires immediate attention.

“And as a result of that, we have a very divided country and l said l will tackle this disunity on the first day of my presidency if elected,” Abubakar said.

The PDP presidential hopeful called on delegates to put competence and credibility above money in casting their votes for aspirants to fly the flag of the party.

On his part, Governor Ifeanyi Okowa said Alhaji Abubakar had the experience to take the country out of the challenges bedevilling the nation, affirming that the issue of restructuring was germane to the people of the Niger Delta region in the choice of who should rule the country in 2023.

Governor Okowa said the Bimodal Voter Accreditation System (BVAS) was one way to enhance a credible election and charged the Independent National Electoral Commission (INEC) to ensure that transparency was not compromised.

He said delegates from the state will scrutinize the presidential aspirants and throw their weight behind the most credible at the forthcoming party’s primaries.

“We have a lot of insecurity at the moment. Issues concernining education has been identified but very importantly to us in the South South geopolitical zone, is the issue of restructuring.

“Having talked about these key issues, we have noted your speech and we believe that you are a man we can trust because the issues that you have raised are issues that concern us and concern this nation.

“And we beleive that we require a lot of experience to be able to deal with these issues without learning on the ropes.

“So, at the time decisions would be made by Deltans, a lot of these issues would be examined. We would examine all aspirants who will present themselves at the convention on the 28 of this month and Deltans will always vote for the person that has a great capacity

“But we are convinced that you are and you were in a team that was able to find solutions at the time such things happened in the past. I believe that that will score you very high in our minds at the time that we are taking decisions,” the governor added.

Also speaking, a member of the Atiku Support Organisation (ASO), Senator Dino Melaye described Alhaji Abubakar as a unifier and a servant leader that has cure for all the problems in the country.