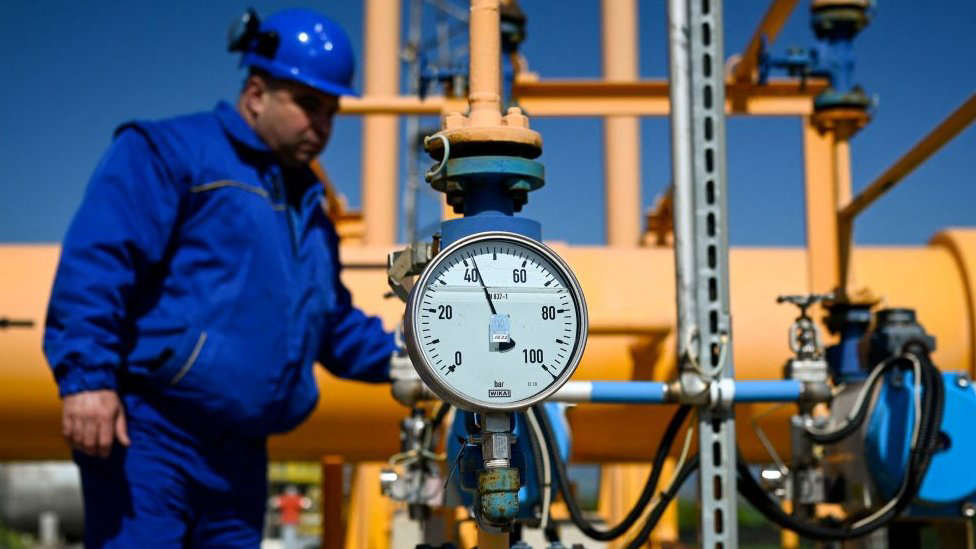 Gazprom said it was limiting the amount of gas to Germany to under 70m cubic metres per day - well under half the current rate.

The reason it gave was to service equipment in the Nord Stream pipeline.

But German economy minister Robert Habeck said it was "a political decision" and not a technical one.

"It is obviously a strategy to unsettle and drive up prices."

Gazprom said initially on Tuesday it was cutting the Nord Stream 1 gas flow from 167m cubic metres a day to 100m but then on Wednesday announced it would be cut further to 67m cubic metres.

Gazprom also reduced its gas supply to Italy by around 15% on Wednesday, energy firm ENI said. Italy, like Germany, is heavily reliant on Russian gas, which accounts for 40% of its imports.

The Russian company's move came two weeks after European Union leaders agreed to block most Russian oil imports by the end of 2022 to punish Moscow for invading Ukraine.

Poland, Bulgaria, Finland, Denmark and the Netherlands have already had their Russian natural gas deliveries suspended after they refused a demand for "unfriendly countries" to pay in Russian roubles.

Russia's payment demand was seen as an attempt to boost the rouble after it was hit by Western sanctions. Greater foreign exchange demand for roubles was likely to increase demand and push up the currency's value.

The minister said he would wait to see how the move affected the European and German gas markets but said suppliers had always managed to find gas from other sources.

"We don't have a supply problem in Germany either," he said. "Gas will probably continue to be stored. We have made very good progress in this area in the last few days and weeks.

"However, we will certainly have to wait two or three days to get a complete overview of how things are developing now."