Shehu Sani: Buhari should have re-nominated Amaechi as minister to complete rail projects

Posted by Ayodele Oluwafemi | 2 months ago 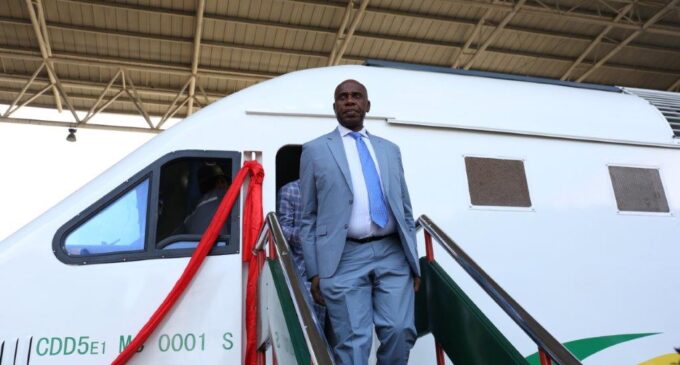 Sani spoke on Tuesday in an interview with Channels Television.

Earlier, Buhari had sent names of seven ministerial nominees to the senate as replacements for the ministers who had resigned to pursue their political ambitions.

Reacting to the nomination of new ministers, the former Kaduna senator said Buhari’s decision is in the “right direction”, adding that the business of governance must continue.

He however noted that Amaechi could have been re-nominated to complete some of the railway projects he started.

“Naturally, when you have a vacuum with the resignation of the ministers and their entry into the political scene, it is incumbent on the president to nominate a new set of ministers who will continue with the normal conduct of government and governance,” he said.

“It has been habitual for the president to take a very long time before replacing a minister. As you can see, many of these ministers have been there for 8 years.

“But this time around, I think he is very conscious of the fact that time is against him and there are projects that have been left uncompleted.

“For example, the railways under Rotimi Amaechi, there is a need to have a head, who will continue to steer these contracts and agreements so that the targets can be met.

“So what has been done with the names submitted to the senate, I think it is in the right direction and it is for the senate to fix a date and screen them so that they can continue with what they need to do.

“I thought that as critical as the ministry of transportation is, the former minister who had made pledges and promises of completing these rail lines — some projects within this year and some next year.

“He should have been returned to ensure that these contracts that were signed with China, Portugal and other financiers of our railway projects, at least he sees them to the end.

“Because it has been the culture in this country, each time you have a new minister, projects are usually stalled when ideally there should be continuity in governance and activities of government.”