Posted by The Cable | 2 months ago 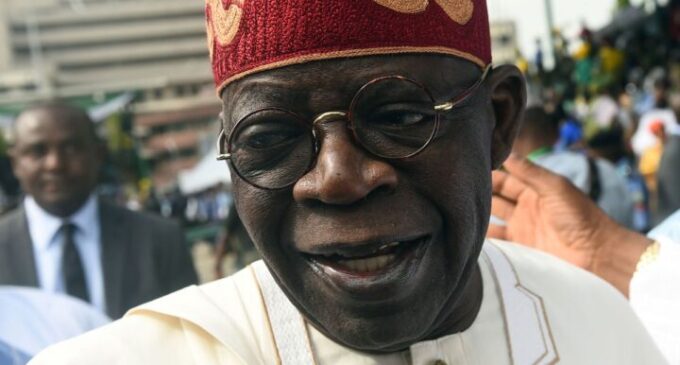 
Bola Tinubu, presidential hopeful of the All Progressive Congress (APC), says the growing number of people seeking the party’s presidential ticket is good for democracy.

The former Lagos state governor said this after meeting with President Muhammadu Buhari on Tuesday at the presidential villa, Abuja.

Tinubu, who met with the president at his official residence, said the trend is in the best interest of the country.

“The more the merrier. The more they come, the more challenging it becomes for you to think deeply, focus on issues and be ready to serve and Nigeria,” he said.

“It’s all about service, it’s nothing else. Think wisely, get committed to your thinking to serve the nation and bring progress and prosperity to the lives of Nigerians.

“It’s good for the country for so many of us to aspire to want to lead, we’re not abandoning our nation. But there’s only one chair and one possibility. We will do that.”

Tinubu said the ruling party would remain intact and united after its presidential primary, noting that President Buhari has shown that he is in support of a transparent democratic process.

“We are sure that we will remain united. You know our symbol is the broom, you don’t break it as you go. Nigeria requires commitment, a uniform system and a stable country and that is the only way we can be very proud of Nigeria,” he said.

“The president has shown a great example of leadership, gave us the freedom to say you want to run, you want to attempt, go ahead. He is a democrat and if we are running a constitutional democracy, you don’t hinder the desire, the wish of other people.”

Tinubu added that the president has “been very honest and forthright” with Nigerians.

The list of APC presidential hopefuls has been growing steadily in recent weeks.